Just like the Porsche 911 I performed a luggage test on not too long ago, the 2021 Jaguar F-Type is not a luggage-hauling machine. It’s a sports-car-oriented grand tourer, and it also happens to be stonking fast with a supercharged V8 under the hood. Since the engine is in the front, that leaves the rear trunk for all the cargo coming onboard. Assuming you want to take your F-Type on vacations and longer journeys (you do), the respectably-sized boot will come in handy.

Jaguar says the coupe (what we’re testing) has 14.4 cubic feet of space, whereas the convertible just about cuts that space in half with only 7.3 cubes. From a numbers perspective, the Jag just edges out the 911 (13.8 cubic feet of space combined between the frunk and rear seat). However, we’ve learned to never take those numbers at face value.

Getting into the luggage compartment is luxurious enough for a Jag. Use the button on the fob, a toggle switch on the interior, or press the button under the lid. It’s fully powered going up and down, so you can devote all of your body’s energy to wrestling the car around corners. The space itself is rather shallow and hindered by a privacy cover that hangs low. You’ll need to remove that shade to take advantage of the entire space, but we started with it on to see what could fit under it.

This F-Type is low, so even though you have to lift things over the rear bumper, it’s not horribly strenuous. I initially slid two of the carry-on suitcases in. Those fit lying flat, but there wasn’t much extra space. To take advantage of what was left, I squeezed in the fancy bag (22L x 8.8W x 12D). With the privacy shade intact, you’re not going to fit any more suitcases than that due to height restrictions. A very shallow item could slide on top of the inboard suitcase, but it would have to be very short. Another configuration I tried showed that the medium suitcase and one carry-on could fit. Additionally, the full-size suitcase also fits if it’s in there alone. So far, that’s the single biggest space advantage over the 911. 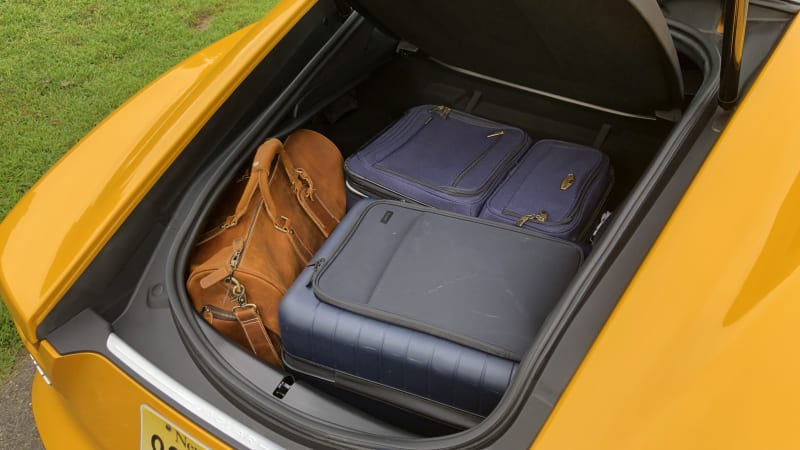 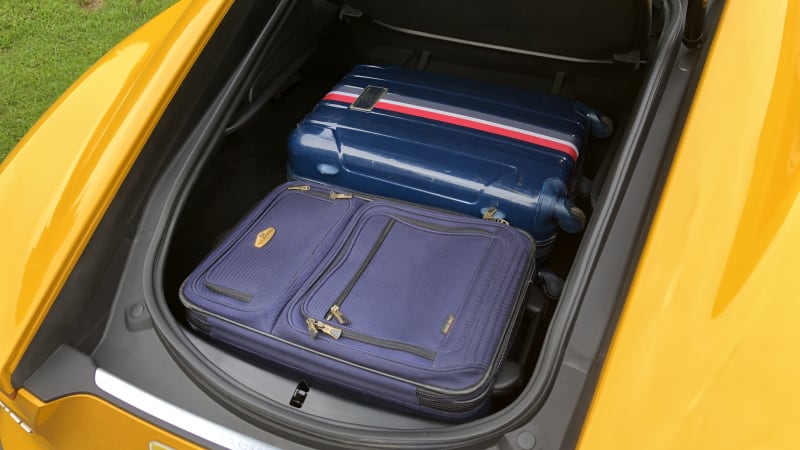 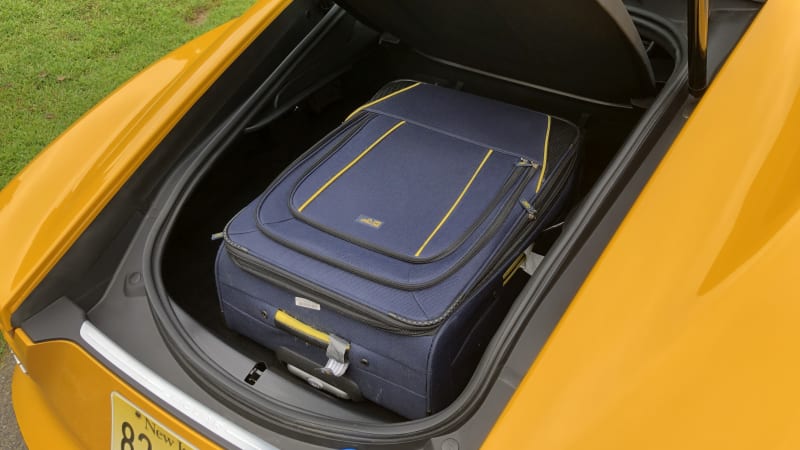 OK, time to remove the privacy shade. Ultimately, this allowed space for one additional carry-on suitcase. Stacking one on top of the other is possible for the couple shoved all the way in, but due to the Jaguar’s shape, you can’t stack the suitcases closest to the loading point. Its beautiful tail end isn’t totally conducive to extra suitcases, and that’s a compromise we’re more than happy to live with. However, it should be noted that the view out the rear window is limited by stacking suitcases above the privacy shade line. If the bag were large enough, it would theoretically block out the entire view out the back. 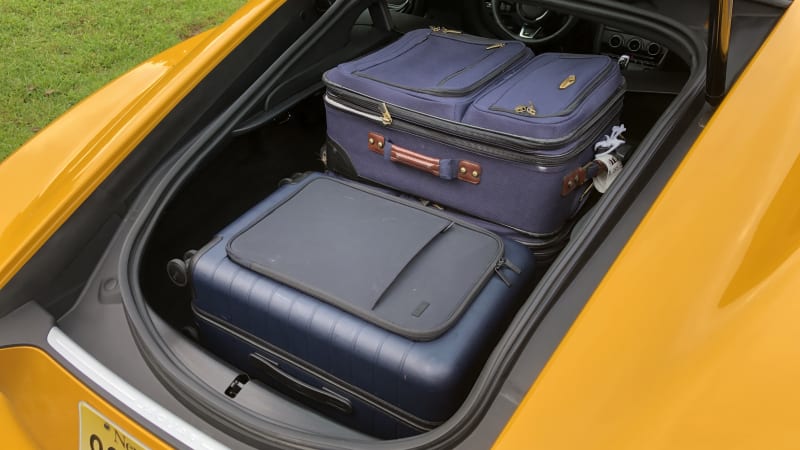 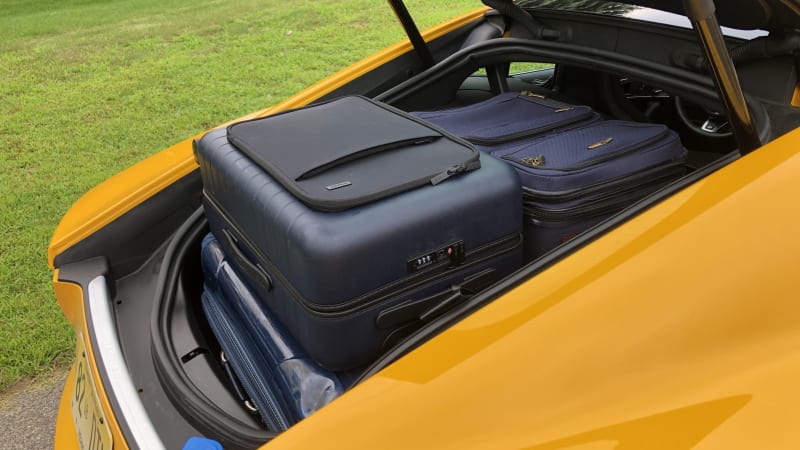 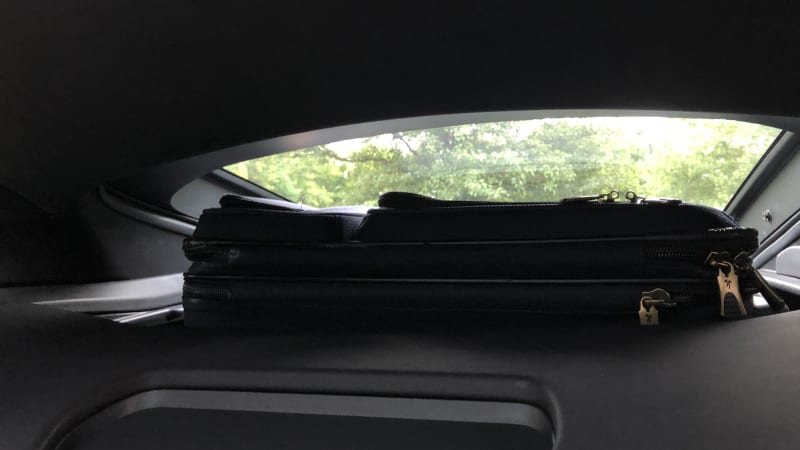 There are two easter eggs to point out with the F-Type’s trunk. The first is the small under-floor compartment that’s revealed by lifting the removable trunk floor. You could stow some tools in there, but not much else. Secondly, the windshield washer fluid fill is in the trunk. It’s an odd place for such a spout, but a charming conversation starter at a car meet nonetheless. 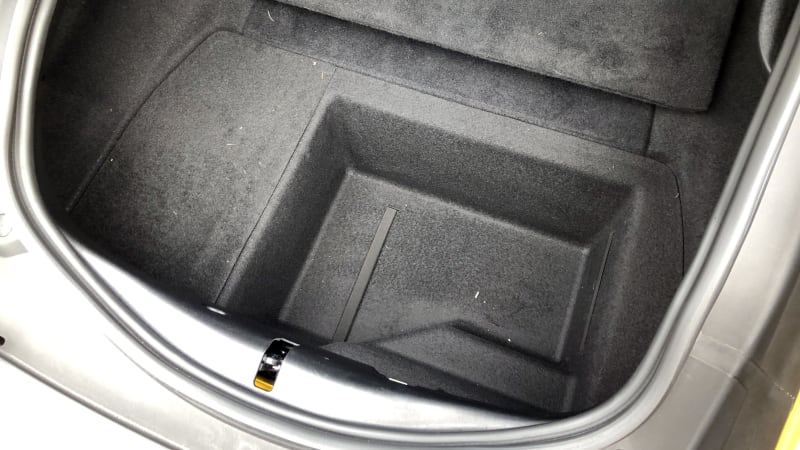 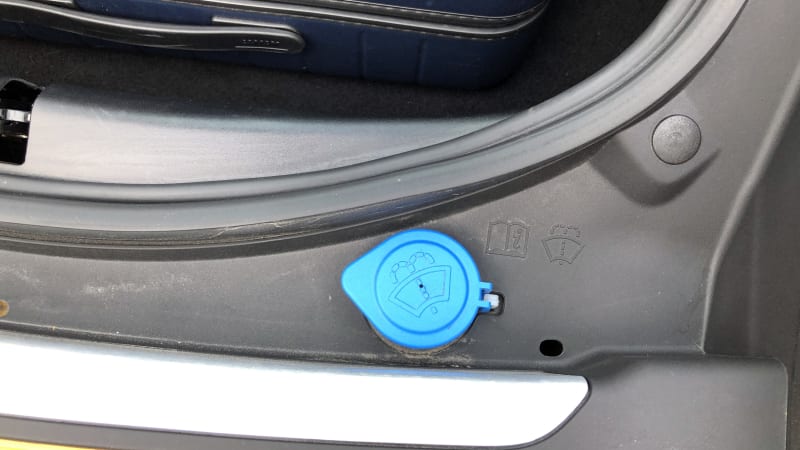 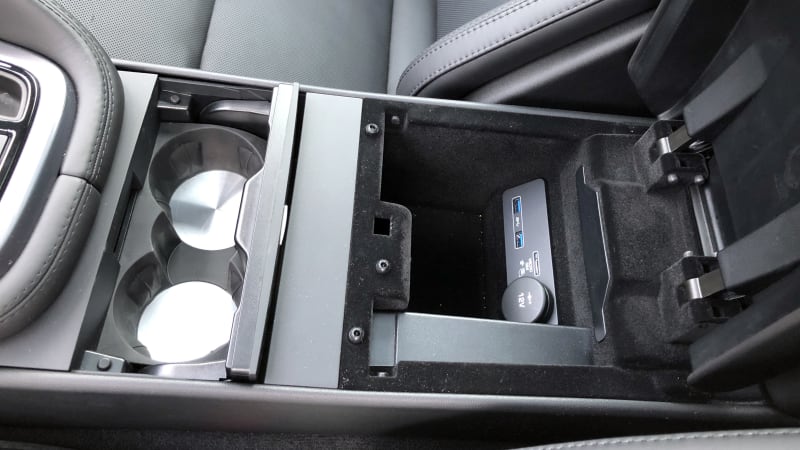 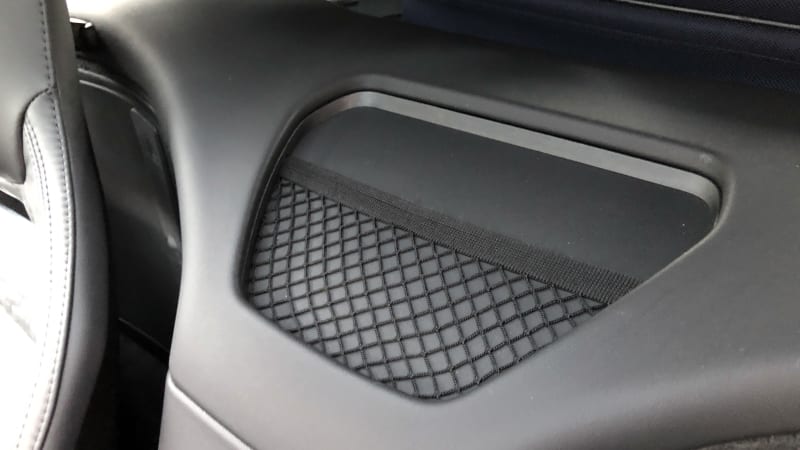 As far as storage on the interior goes, the F-Type is limited but thoughtful. There’s a small net between the two seats, a useful center console cubby and a set of cup holders. The glovebox is large enough to hold a few larger items, and the door pockets are deep enough to prevent things from flying out.

Ultimately, the 911 is the more useful pack rat if you can live with its abnormal storage locations, so in this case, the numbers haven’t told us the whole truth. If you’re using all available space in the Porsche, it could fit three carry-ons, the one medium-sized suitcase and the fancy bag. I’m not the slightest bit turned off by the Jag’s storage — it’s plenty given the car’s performance leanings. Never having more than two people onboard the Jag should make most shorter getaways a cinch, too, assuming you can limit yourself to carry-on-sized suitcases and malleable bags.