If you were a North American listening to Sammy Hagar (pre-faux-Van Halen, of course) and Y&T while doing burnouts in the Circle K parking lot on a near-daily basis in 1987, only one new car would do: a genuine Chevy Camaro IROC-Z! These cars held their value long past the demise of most Iron Duke- and 2.8-powered third-gen Camaros, and even longer than your typical third-gen Z28… but, eventually, The Crusher summons every car. Here’s a Bright Blue Metallic 1987 IROC-Z, found in a Silicon Valley car graveyard last year.

The IROC-Z Camaro was made for the 1985 through 1990 model years (after that, Chrysler sold IROC Daytonas for a couple of years in the early 1990s), and every one of these cars came equipped with a V8 engine, the same kind of Goodyear tires that went on the C4 Corvette, and a bunch of tasty suspension upgrades. These cars may not have been quite as quick in a straight line as some of the big-block Camaros that preceded them, but they could corner and stop better than any production Camaros the world had ever seen. 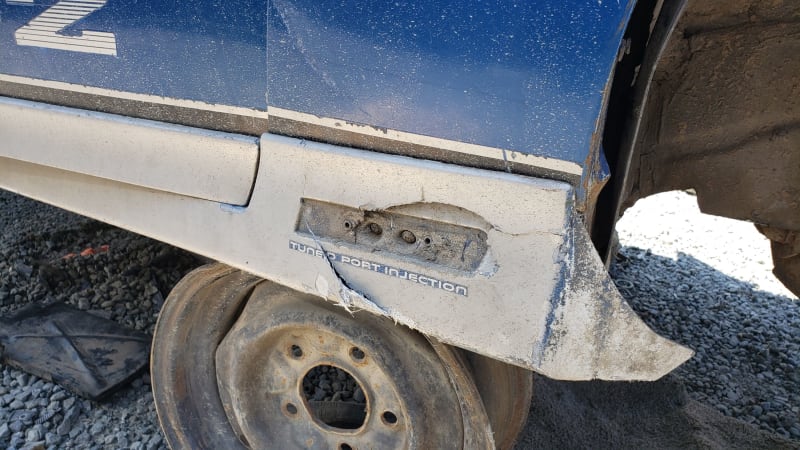 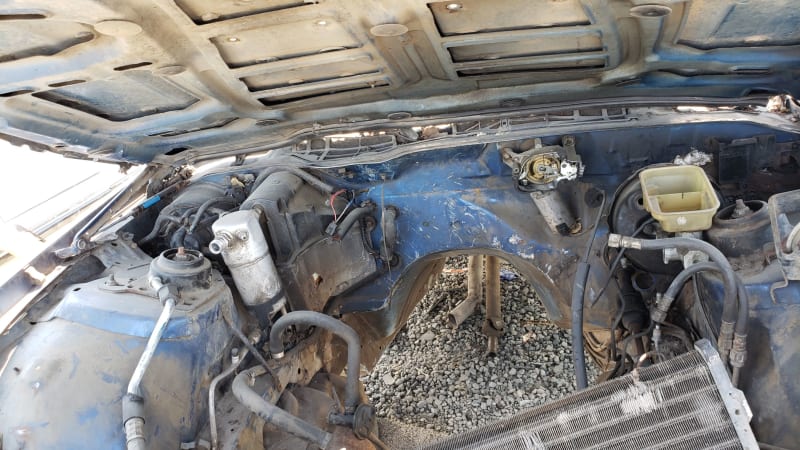 However, the build tag says it came from the Van Nuys assembly plant with the fuel-injected 305 installed. We’ll never know what engine was here when the car took its final tow-truck ride to this place, because some junkyard shopper grabbed it. 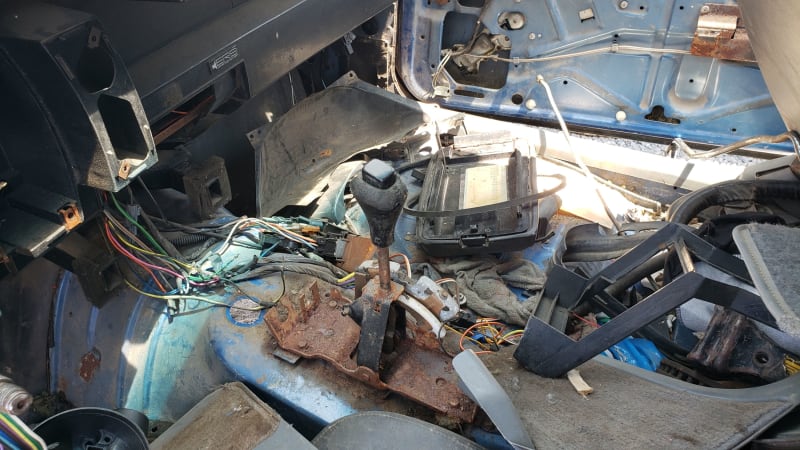 The shifter tells us that the car had the four-speed automatic transmission with overdrive top gear, which means this was a mid-grade IROC-Z with 190 horsepower. 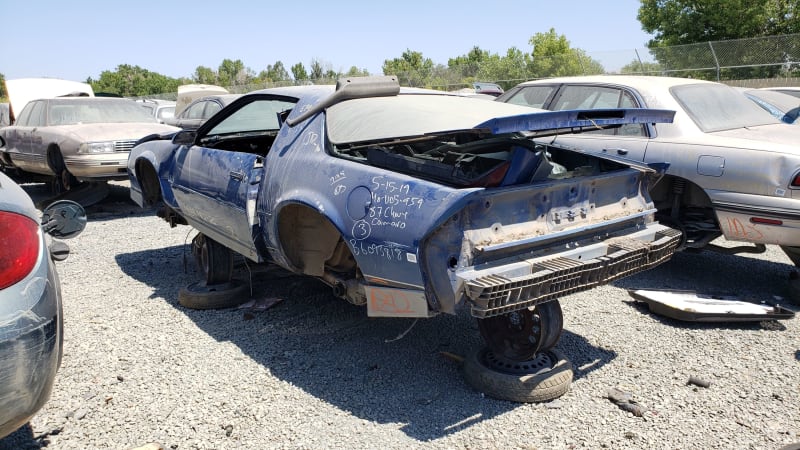 These cars aren’t worth very much with slushboxes and in rough condition, but it’s still sad to see one being treated like a dime-a-dozen entry-level ’87 Camaro with the 125hp V6. 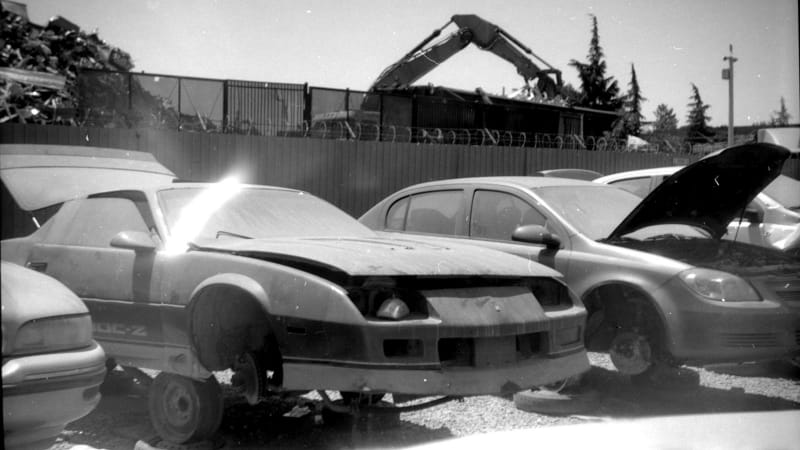 I like to bring old film cameras to my favorite yards, and so I brought a late-1930s Argus A 35mm to document that day’s trip. 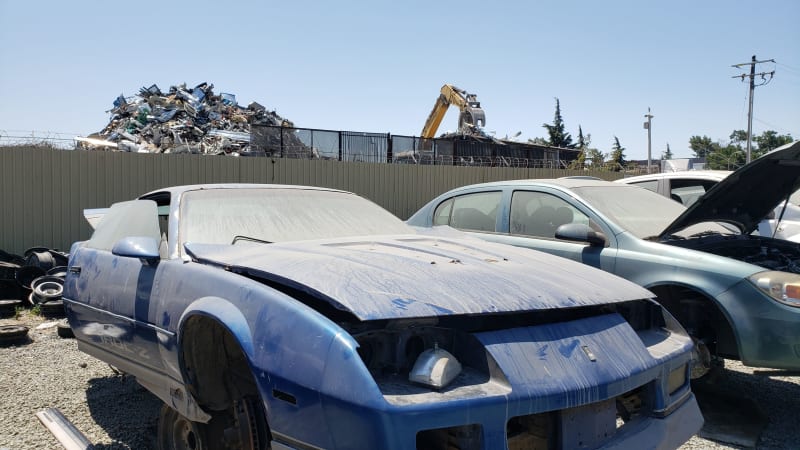 The Crusher is always hungry. By the time you read this, today’s Junkyard Gem will have been crushed, shredded, poured into a ship at the Port of Oakland, and shipped across the Pacific to a Chinese foundry. Perhaps it has been reborn as a Geely Coolray.

It’s all Z28, only meaner. Dig those massive 16″ wheels! For what it’s worth, even the Toyota Yaris rolls on 16s today.

Here’s how your friendly Chevy salesman learned about the ’87 Camaros.