Powered by a 140-horsepower 2.8-liter V6 engine (covered by an unconvincing and broken fake V12 cover) hooked to an automatic gearbox, this gloriously poor Prancing Horse won’t be winning many stoplight drag races. There are bundles of stray wires hanging down from the dashboard, it has high mileage, most of its lights don’t work, and it’s ugly. Like, really ugly. And to top it off, this Fauxrarri can’t currently be registered in its home state of California because it has failed its most recent smog test. 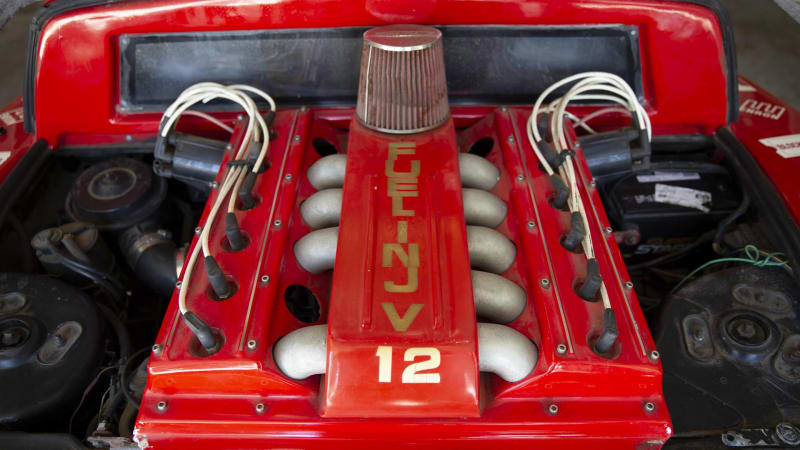 Put simply, you’re looking at a total piece of junk. But a piece of junk with internet notoriety, having been featured on an episode of Jay Leno’s Garage after attending the 2019 Quail Motorsports Gathering — by mistake at first, and then earning a special place next to the porta potties — being the focus of a video series on YouTube and winning the aforementioned ribbon for Worst in Show at Lemons. Somehow, bidding has topped $4,000 at the time of this writing.

If you want to earn the ire of your neighbors — and to be clear, we really wouldn’t recommend it — click on over to Cars & Bids to view the auction. There are four days left to hit the “bid” button. Consider yourself warned.