Pendragon will rebrand and restructure its Car Store used car division while driving digital innovation in a new growth strategy which it hopes will deliver an underlying profit before tax of £85m to £90m by 2025.

The AM100 retail group has already implemented changes that will achieve savings of £37m-per-year and today outlined its plan to leverage greater efficiency through increased digitalisation while growing its Pinewood DMS business and re-vamping its used car offering.

Central to the group’s plan an overhaul of its used car sales operations.

Under the plan its Car Store network will be rebranded and restructured around a hub and spoke model incorporating eight propose-built £7.5m car supermarket sites designed to fulfil end-to-end digital sales and home delivery.

Pendragon’s statement described the UK as “the most attractive used vehicle market globally, with a ratio of over three used vehicles sold for every one new”.

Despite the closure of 22 of its Car Store used car retail sites in the second half of last year the business is planning to regroup and refocus its efforts on used cars sales as part of its new strategy.

It said that work is currently in progress to develop an appropriate brand identity to reflect a digitally-led product offer.

Pendragon’s statement said: “During FY19, the Group reviewed the existing proposition and closed a number of Car Store locations that were not viable, and improved the performance of the remaining estate.

“The next stage of the development of the physical used car proposition will be the creation of larger-footprint, purpose-built facilities in targeted locations to provide both stocking points, customer retail and collection points and fulfilment hubs for home delivery.

“Over the next five years we are targeting the development of eight physical locations at an approximate capital cost of £7.5m per location.

“We believe that a combination of a digital proposition and these physical stores will allow us to gain a meaningful share of the target market.

Announced via the London Stock Exchange this morning, Pendragon’s overall strategic plan has been plotted around three key priorities:

Chief executive, Bill Berman, said that the strategy was designed to equip Pendragon to react to changing consumer patterns in the years ahead, ensuring it was “well positioned to take advantage of digital innovation”. 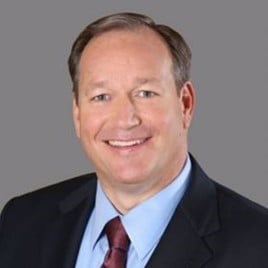 He said: “Pendragon has grown to become a leading motor retail group with a strong network of dealerships. Throughout my years in the automotive industry I have seen, and responded to, major shifts in consumer habits and market dynamics.

“I am confident we can unlock the full potential of Pendragon by delivering targeted improvements to our people, our systems and our operations. We look forward to executing this strategy and embarking on an exciting new chapter for Pendragon.”

On July 30 Pendragon announced its plan to axe 1,800 jobs from its UK car retail network as part of a bid to create a “leaner and more sustainable operating model” in the wake of the COVID-19 crisis.

The move came a months after the group revealed that the pandemic’s impact had wiped out almost £10m operating profit at Pendragon’s franchised dealerships before the end of March.

Its new strategy is the result of a “comprehensive review of both external market dynamics and business performance of our individual divisions”, it said today.

After strengthening its digital and home delivery capabilities during lockdown Pendragon is focused on better digital and fulfilment experiences in its franchised divisions.

It plans to build internal technology to provide improved customer relationship management systems (CRM) which will provide a single-view of the customer in order to drive targeted performance improvements at customer touch points, such as personal contract purchase (PCP) renewals and aftersales activities.

It said that the system would be effective in “removing manual processes, improving the efficiency and thereby enhancing the margin we achieve from used vehicle inventory”.

The group claims to have identified a series of opportunities and initiatives to drive substantial improvements to aftersales gross margin.

These will include improvements to the store process and conversion rates of customer vehicle health checks.

The group also plans to introduce changes to improve cross-business consistency in the application of labour charge-out rates and improve penetration rates on service plans and dealer guarantees.

It added: “Finally, we believe there is opportunity to deliver improved performance in the sale of finance and insurance products through both improved internal operational systems and increasing product availability through digital, customer facing, channels.”

Pendragon said that its Pinewood DMS division had delivered revenue growth at a compound annual growth rate of over 10% over the past five years.

It said that the Pinewood had developed a pipeline of customer orders which will be converted over the next 18 months to continue the growth in its overseas customer base, with existing orders adding over 80% to the current international customer base and over 10% to the overall customer base.

A range of system changes have been targeted that will deliver CRM improvements, dynamic pricing tools and used vehicle acquisition and management platforms.

Pendragon said: “We believe Pinewood has material opportunity for growth through these international channels, underpinned by a compelling proposition.”