Volkswagen discontinued the Golf Sportwagen and Golf Alltrack last year in the U.S. It was sad. We mourned. The world moved on. But now there is more news in the Volkswagen wagon world (say that five times fast), and it doesn’t apply to us.

The eighth-generation Golf is officially getting its wagon variants, named the Golf Variant and Golf Alltrack. The Variant is the equivalent of the Sportwagen, and the Alltrack in Europe is just like the Alltrack was here. Drink in the photos, because you won’t be seeing them in person unless you take a trip across the ocean. We asked VW if it had anything to share with us about their availability. A company spokesperson told us that “there are no plans to import them.”

Let’s dig a little deeper into the two anyway. For starters, the appearance is exactly what we expect. VW has translated the styling of the Mk8 Golf over to the wagons nicely. The proportions are similar to the outgoing cars. However, the Variant is longer than before, by 2.6 inches more. VW says most of that extra room has gone to increased rear legroom — it has 1.9 inches more than the previous Variant. A tiny increase in luggage capacity is also realized thanks to this upsizing. 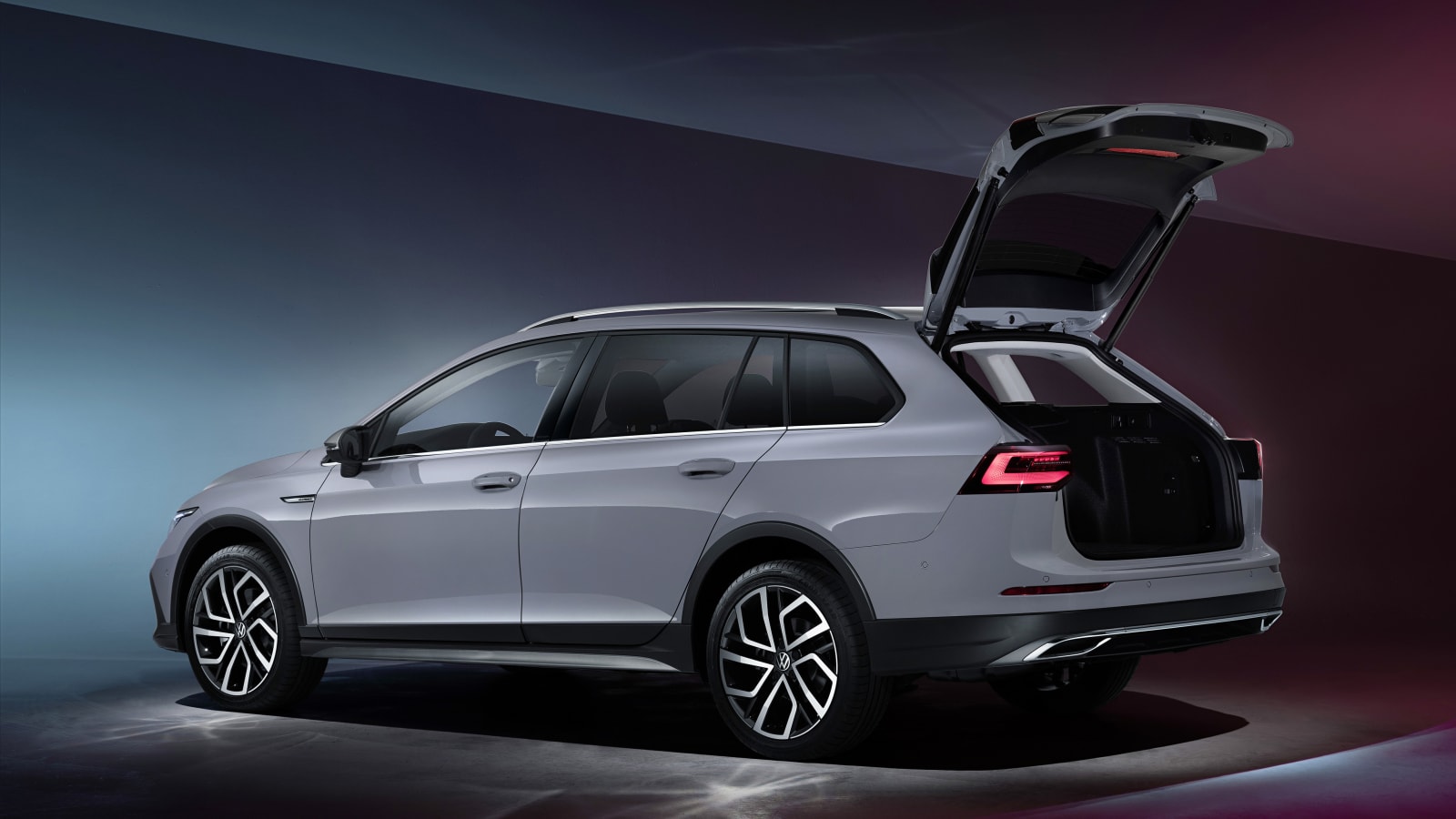 As for the Alltrack, it’s lifted and cladded with plastic like it was before. It’s definitely less elegant than the standard wagon, but we’re still enjoying the design. The spackled LED lights we saw in the GTI’s front bumper are also onboard, giving it a signature front look. This version comes with all-wheel drive standard and features a stout maximum towing capacity at 4,409 pounds. The interior of the Alltrack is also unique with some rugged touches and small styling changes.

Both these wagons can be had with a gasoline turbocharged four-cylinder or a number of diesel engines in Europe. Volkswagen claims the TDI engines are “some of the world’s cleanest and most efficient engines in the world.” The wagons are going on sale in Germany right away.