It’s always interesting to see the initial design sketch for a production car, as it takes a familiar-to-us form and shows the idealized version of that car, the designer’s blue-sky dream before it went through the mill of production feasibility, market research, cost analysis and the countless other hurdles that stand between design studio and showroom. Here, we see a design sketch for mid-cycle update of the huge 1970s Chevrolet Impala/Caprice that initially was launched for 1971.

The image appeared in GM Design’s Instagram feed, and the sketched was done by Bill Michalak circa 1972. Dig that groovy background. Apparently, it wasn’t just Folger’s fueling the creative minds at GM design in the early ’70s.

The big Chevrolet would have been in its second model year at this point. Below is an image of the ’72 Chevy, which shows the differences versus the car Michalak sketched.

This generation Impala/Caprice initially had a front end that was framed by upright fender extensions, in the formal style of the era. Michalak’s design would move the fascia in a more aerodynamic direction, eliminating the fender extensions, putting the headlights at the outer edge of the fascia (with the bonus of making the car look even wider), and angling the headlights back toward the fenders. His square headlights were incorporated as well, although they were reserved for the Caprice. This new look appeared for 1975 and remained through ’76. Additionally, we can see in this sketch the switch from the coupe’s rear window being part of the side daylight opening as shown above and to a large fixed “opera” window for the two-doors, a change that arrived for ’74.

Here’s the ’76 Chevy two-door in production form below. 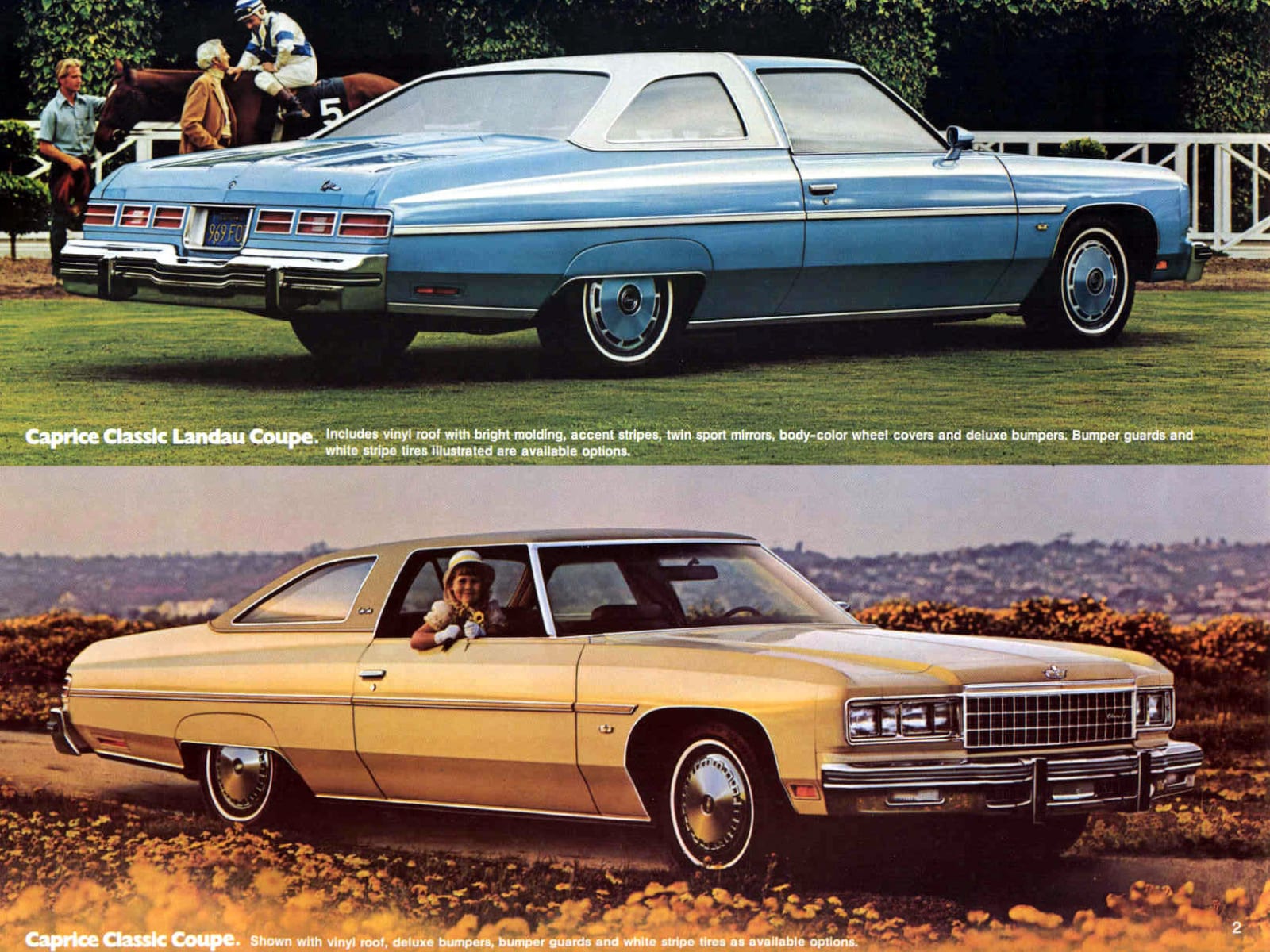 Michalak’s horizontal-bar grille didn’t make the cut, as the eggcrate texture was by then considered part of the Caprice look. Outside of the grille and the square headlights, the big Chevys’ looks would change dramatically for 1977, as the cars underwent a major redesign and downsizing.

Maybe GM Design could publish those sketches next.