The Citroën DS made its debut in 1955, with otherworldly looks and a host of breakthrough features. The car remained in production for 20 years, and more than 1.5 million were built. In recent years, the DS was voted the “most beautiful car” of all time by automotive designers. Now, one automotive designer has attempted to do a modern version of the DS, with dramatic results.

As surfaced by Motor1, the modern DS is the work of Sang Won Lee, a recent graduate of Art Center College of Design. His Citroën DS E Pallas homage project takes key elements from the original, including headlamps under a triangular glass housing, a thin chrome beak spanning the width of the prow, and high-mounted taillights that are integrated into the C-pillars. The tapered body shape of the original in echoed in this new rendition, but the modern version has its own interpretation of the idea, with more complex surfaces. There’s also a large front splitter, which to our eyes is the one discordant detail. Several of the renderings show the new car with a contrasting roof color as was popular on the original. 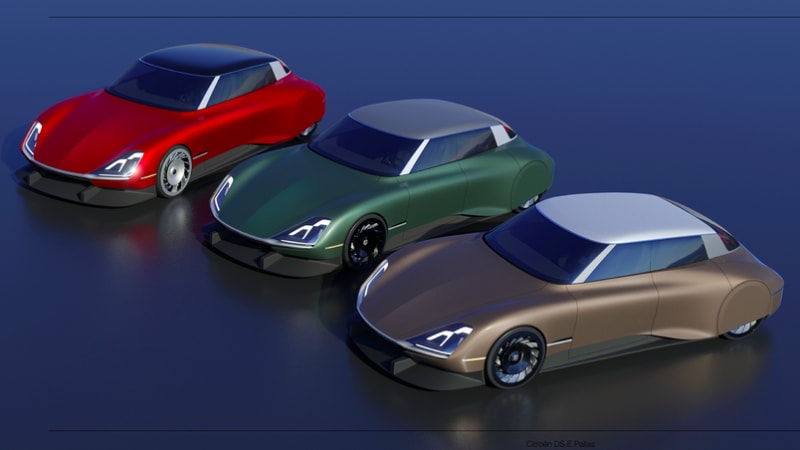 Today, Citroën has split off DS as a separate luxury brand. The brand’s flagship is the recently introduced DS 9, an Audi A6–sized sedan. The DS 9 looks awfully pedestrian next to this DS E Pallas homage, however. We’d love to see a DS flagship along the lines of Sang Won Lee’s rendering, something that truly captures the spirit of one of the seminal automotive designs of all time.