The Nissan Z Proto is chock full of retro design elements, so let’s take a tour through our five favorite (plus one bonus) retro touches. If you want a full breakdown of the Z Proto, check out our reveal post here. We go over the powertrain, tech and many other aspects of the Z Proto that make it tick. With that, we’ll dive into the list.

Nissan went full old-school on the Z Proto’s badging. The Z on the rear pillars is a beautiful recreation of the original Z emblem on the 240Z, and it’s an element we hope is directly translated onto the production car. It’s large enough to be noticeable without being gaudy, striking a nice balance in design. 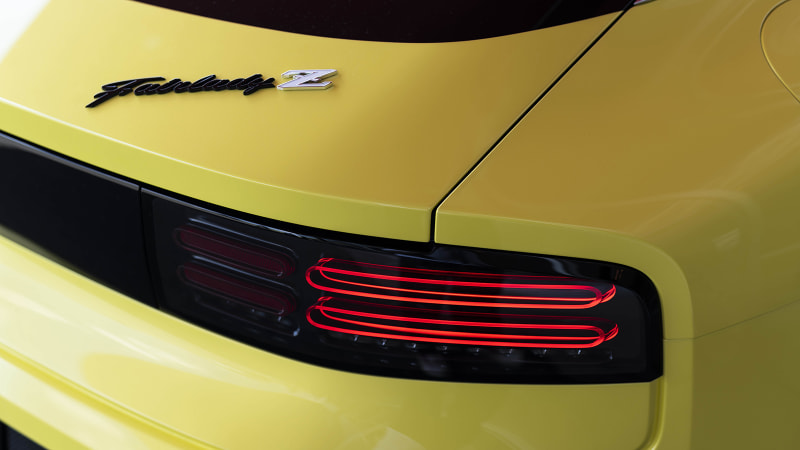 The second badge worth mentioning is the “Fairlady Z” badge on the decklid. It’s oriented diagonally, just like it was so many decades ago. The flowing, script font is a direct callback to the original logo, though the coloring is new. Nissan blacks out “Fairlady” and uses a white logo for the “Z.” It adds a touch of modernity to the logo with this color scheme. We dig it. 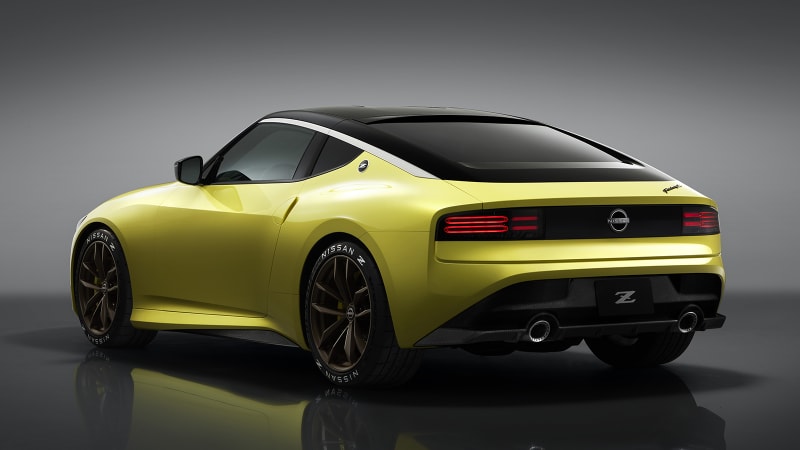 Putting aside the car’s simple and pretty silhouette, these taillights may be the best part of the whole design. Younger folks will relate to them better, since the design is inspired by the 300ZX. They’re re-done with modern LED lighting technology, but are still set within a full-width rectangular black section on the rear bumper.

The twin stacked light elements are just how we remember them. And even though their 3-D effect is flashier and modern in nature, it’s still a refreshing and clean design. Nissan killed it with the lighting elements, and the next item on our list bolsters this assertion further. 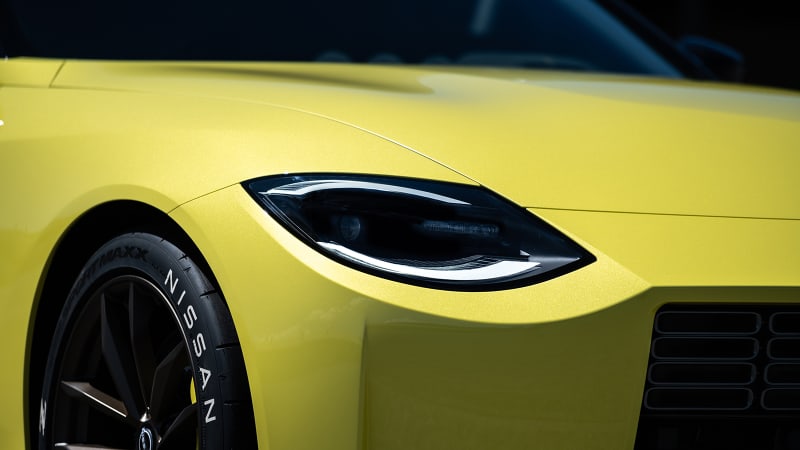 What’s a Nissan 240ZG? It’s a 240Z, but the “G” stands for “Grand” — see it below. It was built as a Japan-only homologation car for Group 4 racing. Nissan didn’t build many of them, but the most prominent new design feature is a new nose and headlight design.

We’ll let Alfonso Albaisa, head of design at Nissan explain: “The ZG has clear dome lenses over the headlight buckets, which under light give off two circular reflections over each headlight. We liked that unique characteristic and discovered that it naturally fit with the Z’s identity.” 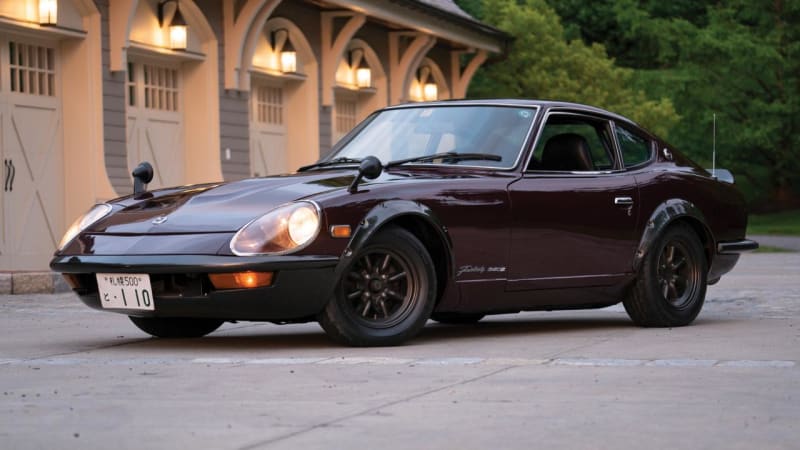 Those dome lens reflections are recreated with the LED running light design seen here. The lights themselves are obviously not circular anymore, but Nissan still used its heritage to shape their design. It works well with modern lighting technology.

The grille copies the 240Z’s 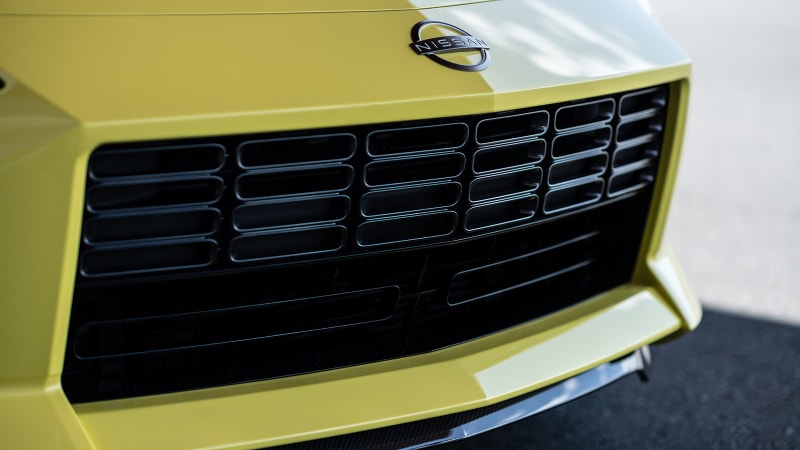 The grille is probably the most controversial part of this car. Some of us like it. Others abhor it. Nissan didn’t just pluck the perfectly rectangular shape out of nowhere, though. Designers basically took the original 240Z grille and stretched it vertically. See below. 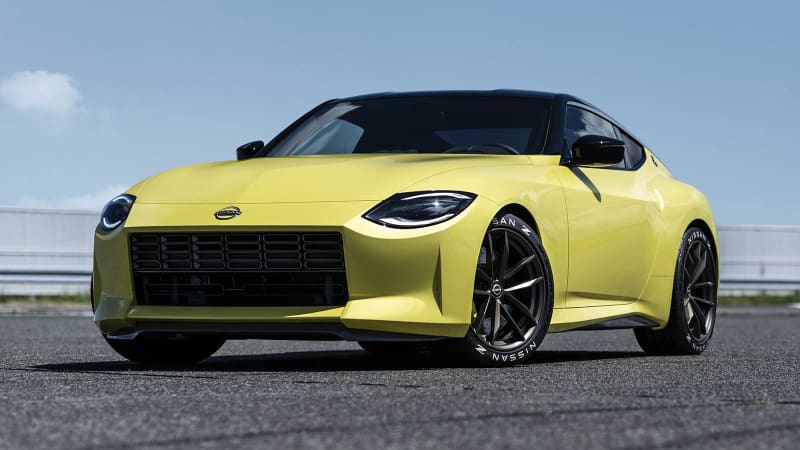 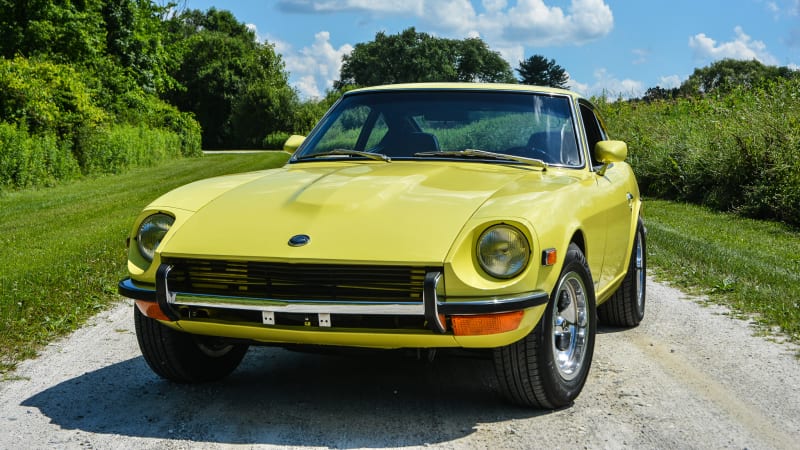 In the original 240Z, there was a chrome bar that split the grille into two smaller rectangles. That’s no longer the case with the Z Proto, as the grille is just one big, shadowy mouth. Chrome doesn’t look like the answer this time, but a horizontal, body-colored bar could be. Perhaps something like this Photoshopped creation? 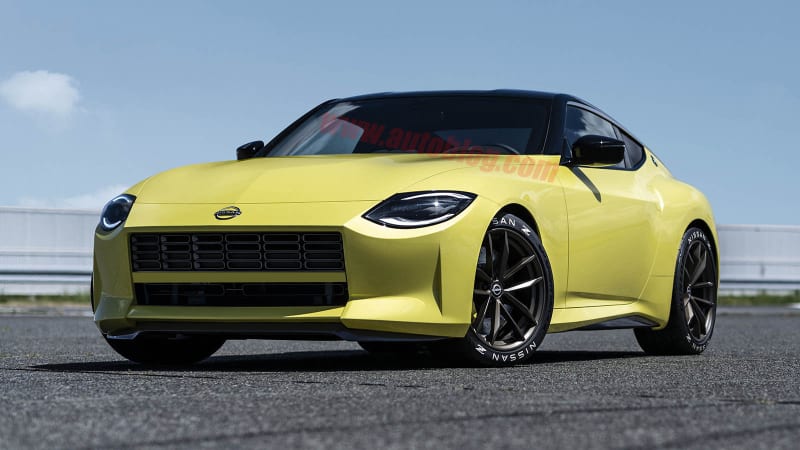 That would more faithfully represent the original, and it would also quiet the folks who take issue with the design. Just know that the look didn’t come out of nowhere — Nissan was trying to make it look like the 240Z. 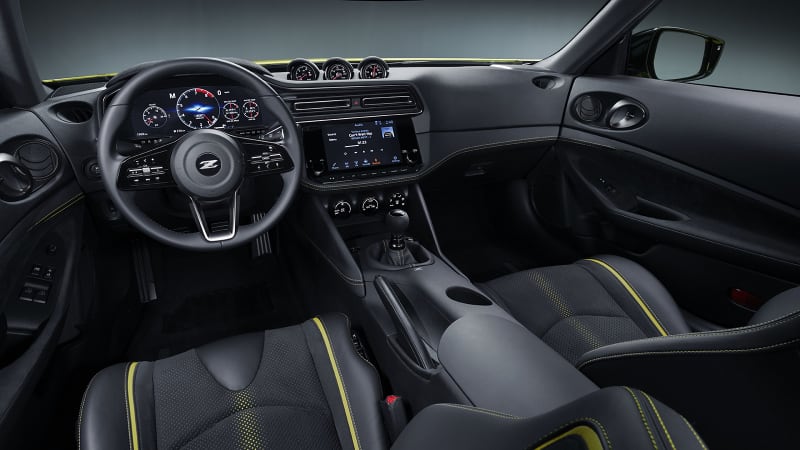 The most prominent interior throwback element are the three gauges atop the dash. Nissan has changed the location and orientation of the gauges compared to the 240Z, but the triple gauge setup is still here. They resemble the same gauge setup as the 350Z and 370Z the most, and there’s certainly nothing wrong with adding a little something from those modern Z’s.

BONUS: Manual transmission (because it deserves more recognition than we can give it)

Yep! It has three pedals and a stickshift with six forward gears. Bravo, Nissan. We cannot praise this news enough, because it’s not a given these days. Toyota hasn’t done it with the Supra in America, but Nissan has found a way with the next-gen Z. Consider us content.