Why aren’t Americans buying more electric cars? There are myriad answers, but one is certainly the current, Titanic-sized gap that exists between cars like the Chevrolet Bolt and Hyundai Kona Electric, and then ritzier choices like the Tesla Model S and X, Audi E-Tron and Jaguar I-Pace. This Electric Gap is one of both size and price. A Bolt is too small for the average American family. An E-Tron starts at nearly twice the price of the average car sold in this country.

Ah! But what of the Tesla Model 3? Indeed, that comes closest to filling the price gap with its starting price of $37,990. It also goes 250 miles on a charge and, as a Tesla, actually carries with it some desirability and brand awareness. It’s therefore not surprising that the Model 3 is selling very well.

However, the Model 3 does not fill the size gap. It’s effectively a compact luxury sedan, not unlike a BMW 3 Series. The vast majority of families in this country drive compact or midsize SUVs as well as midsize family sedans. There’s also the fact that if you want extra equipment on the Model 3, you have to make a massive price jump up to one of the Premium Interior cars (there’s also the Model 3’s widely reported build quality issues). The Model Y comes close in terms of size and body style, but it’s hardly the most utilitarian SUV and still starts at $49,990.

This brings me to the new 2021 Volkswagen ID.4, which comes the closest yet to filling the Electric Gap. It is fully electric with the same 250-mile range as the Model 3. It will benefit from three years of free charging at Volkswagen’s growing Electrify America network. Importantly, however, it starts at $39,995. That’s within striking distance of the average car transaction price ($37,851), but remember that there’s a $7,500 federal tax credit that brings the base MSRP down to $32,495 (Tesla no longer qualifies for the tax credit, which doesn’t seem right, but that’s a point for another article). There could also be additional state incentives. The dual-motor all-wheel-drive version that arrives later in 2021 will start at $43,695, while two optional packages named Gradient ($1,500) and Statement ($4,500) add mostly superfluous extra features. 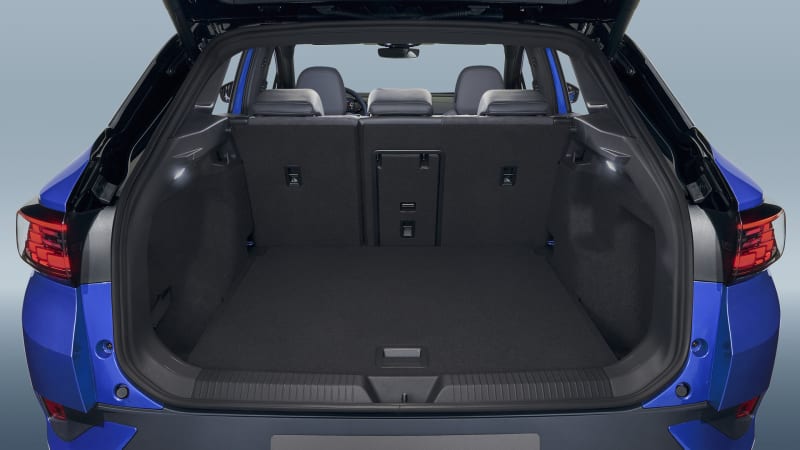 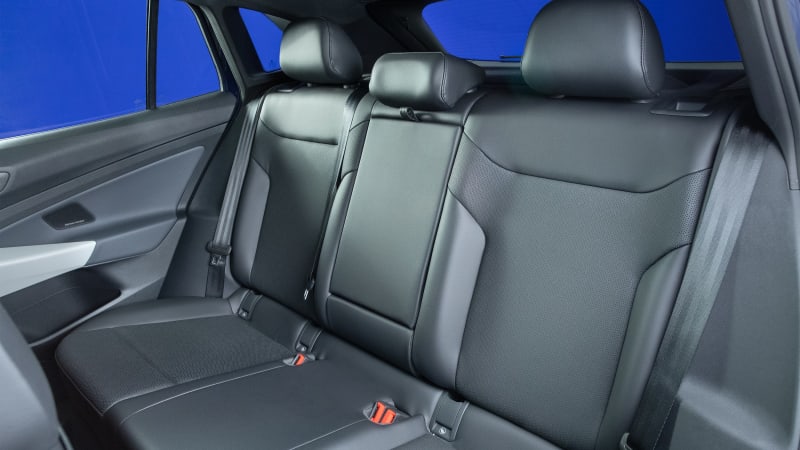 However, the ID.4’s price only addresses whether the average American family can buy one. Filling the size gap is more important in terms of addressing whether they will buy one. At 180.5 inches long, it is virtually the same length as a Honda CR-V, Toyota RAV4 and Ford Escape, which, if their gargantuan collective sales are an indication, seems like the Goldilocks zone for size. It has 37.6 inches of back seat legroom, which is basically the same as the RAV4. Its cargo volume behind the raised back seat is 30.3 cubic-feet, which is several cubes less than the CR-V and RAV4, but those are jumbo-sized outliers in the compact SUV segment. The ID.4 should be comparable to a Mazda CX-5.

In other words, the ID.4 is effectively the exact size and body style the majority of American car buyers are seeking (besides pickup trucks). It’s priced within the same range as the average new car transaction price, especially when tax credits are considered. This is the most “people’s car” a new Volkswagen has actually been since … well, it’s definitely been decades.

There are still X factors that won’t show up on paper, however. Will people connect with its design and, importantly for an electric car, find that it sufficiently broadcasts its uniqueness and electrification? Will it be good to drive? Will the interior, though spacious and well-equipped, be constructed of cheap, scratchy plastics (my main concern given other recent Volkswagens). Will the Electrify America charging network actually be useful?

Those are all questions that will be answered with time and eventual reviews. Yet, the Volkswagen ID.4 at least has the potential to be a very big deal and is hopefully just the first of many new vehicles on their way that will fill the Electric Gap.