Two Lincoln limousines last used by President John F. Kennedy are being auctioned by Bonhams in New York. As reported by fordauthority.com, the cars are part of The American Presidential Experience sale.

Neither Lincoln is the infamous open convertible in which Kennedy was assassinated in Dallas (that car is on display at The Henry Ford museum in Michigan), but one of these was used by the president on that fateful trip. The white 1963 Lincoln Continental convertible carried the President, Mrs. Kennedy, and Texas Governor John Connally, on the morning of November 22, 1963 in Fort Worth, Texas. They rode in this Lincoln from the Texas Hotel, where the President and Mrs. Kennedy had spent the night, to a breakfast where JFK gave a speech. From there, they drove through Fort Worth, on streets lined with crowds, to Carswell Air Force Base for the flight that would take them to Dallas.

The car was a loaner from local dealer Bill Golightly, and was sold in 1964. It spent time in several different museum collections and has been partially restored, receiving a new engine and a repaint in its factory Ermine White. The red leather interior, however, is said to be original. The pre-sale estimate for this Lincoln is $300,000–$500,000. 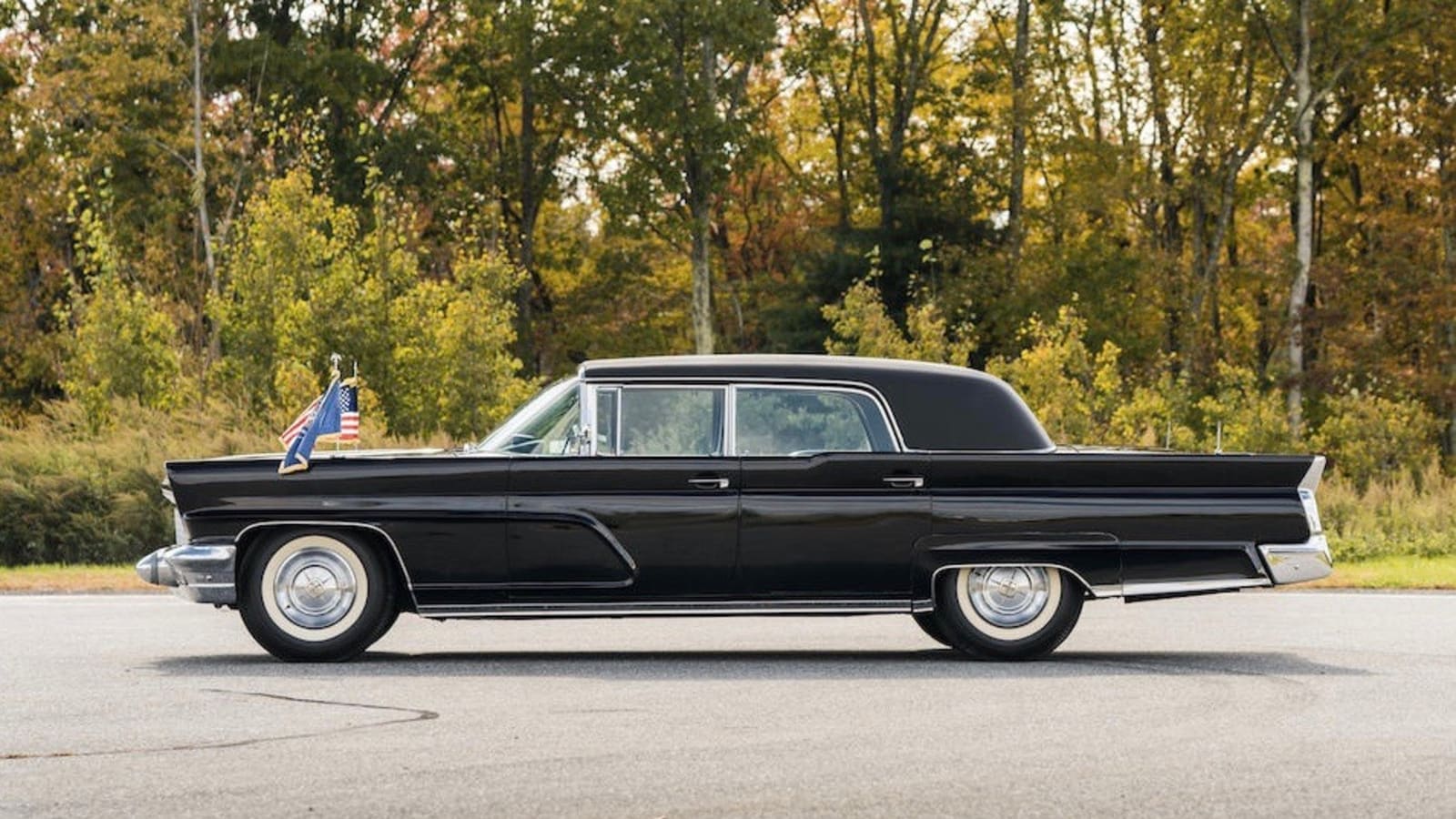 The second Lincoln is a 1960 Continental Mark V Executive Limousine. It was modified by Hess and Eisenhardt and features bulletproof doors, a divider window, a two-way telephone, and rear-seat climate controls. This car was leased to the White House and was used by President Kennedy for personal trips around Washington, as opposed to official trips for which the larger presidential limousine would be used. After President Johnson took office, this Lincoln returned to the Ford Motor Company and was purchased by a private individual who had a contact at Ford’s Washington office. It, too, later spent time in various historical collections, and its body has been restored but the interior remains original. The pre-sale estimate is $200,000 to $300,000.

History buffs who miss out on either of the cars might raise their paddles for some of the other items offered. There’s a full-scale facsimile of the Oval Office, a partial fuselage of a Boeing 707 retrofitted as a replica of the Kennedy-era Air Force One, as well as numerous smaller items. The auction takes place on October 14.