There is only one vehicle on the market with a roof rack system like the 2020 Subaru Outback. Literally everything else has either flush-mounted or raised rails where some form of crossbars are connected with “towers” (OK, so there’s whatever you’d call this on the 4Runner TRD Pro). While car manufacturers will sometimes include crossbars, quite often it’s left to the accessory catalog or third-party companies such as Yakima and Thule. In any event, keeping crossbars on your car regardless of how they are affixed increases wind noise and can harm fuel economy. They can also sully the view out your sunroof, but that’s obviously a lesser concern.

The Outback doesn’t have to worry about any of that, including buying aftermarket pieces. Its roof rails are the crossbars. 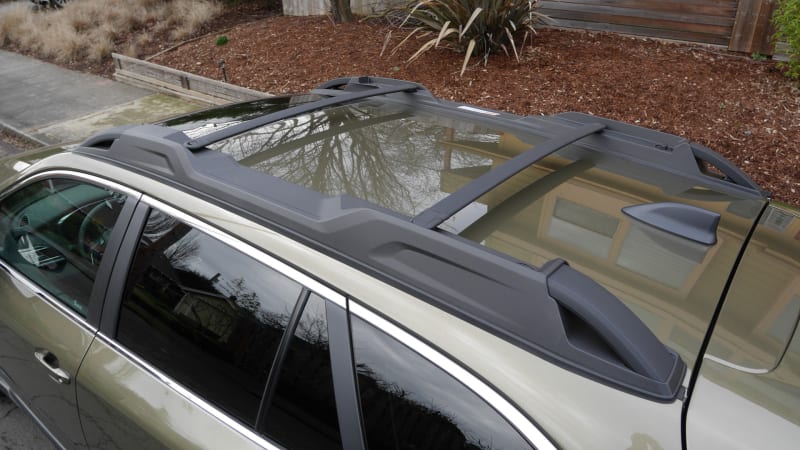 Making this transformation could not be easier. Simply lift up on a little tab, pull the rail out of its round socket and swing it over to the other side. Repeat with the other bar. Plug the rail into a socket on the opposite side. Done. You have crossbars.

Compare that to the process of mounting the Yakima Timberline towers and bars on my 2013 Audi Allroad. 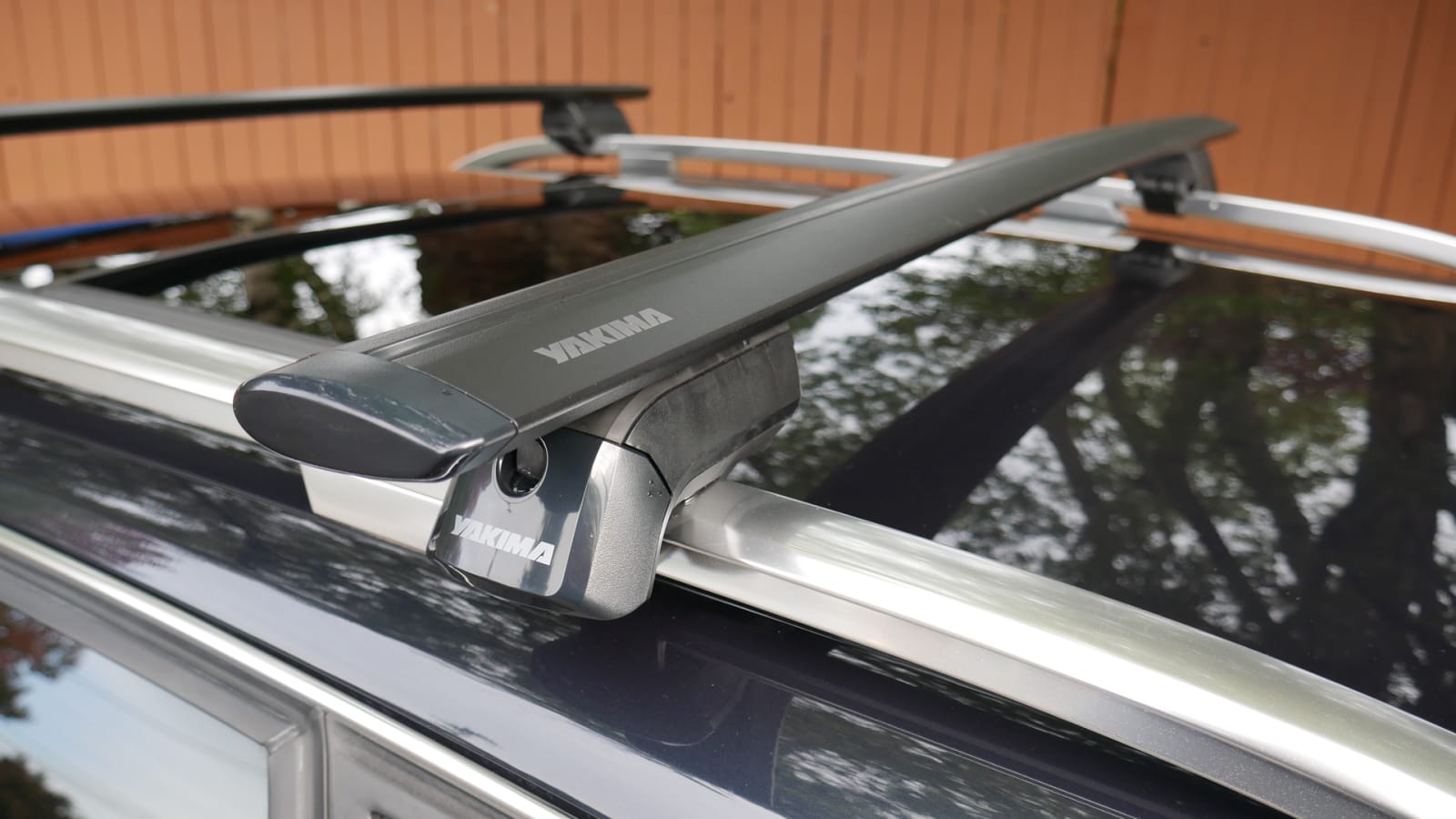 Of course, none of that is especially hard. In fact, it’s incredibly easy and intuitive once you’ve set the bars/towers up to fit your car. It is, however, far more time consuming than what you can accomplish in the Outback. You’re less likely to take them off, which again, isn’t ideal. 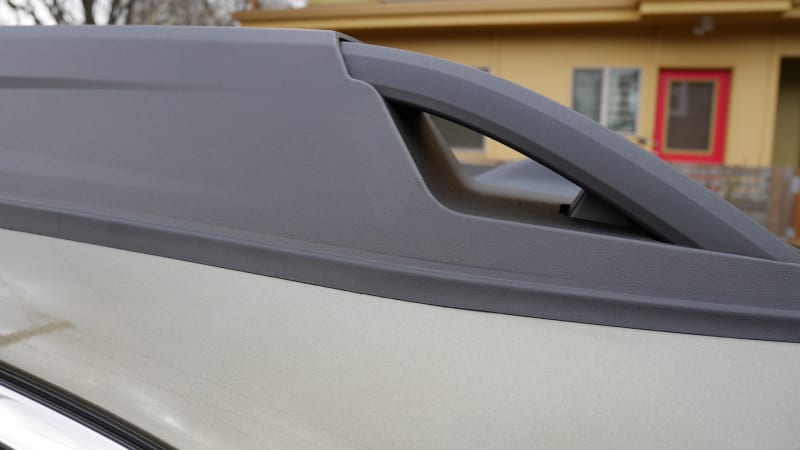 Here is another advantage of the Outback’s racks. Although other Subarus have these, they are nevertheless unique to the brand. There are sturdy tie down points on each corner of the rail for those times when your rack itself isn’t enough. I should note, however, that the new Ford Bronco is available with such tie-down points mounted to the hood. Nifty. 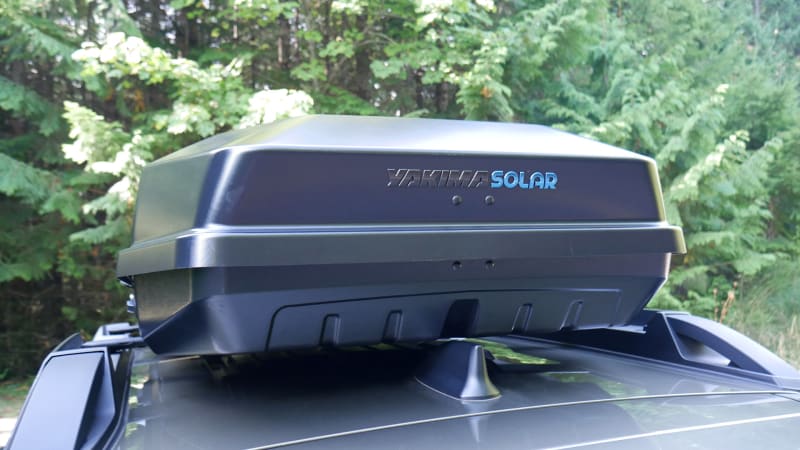 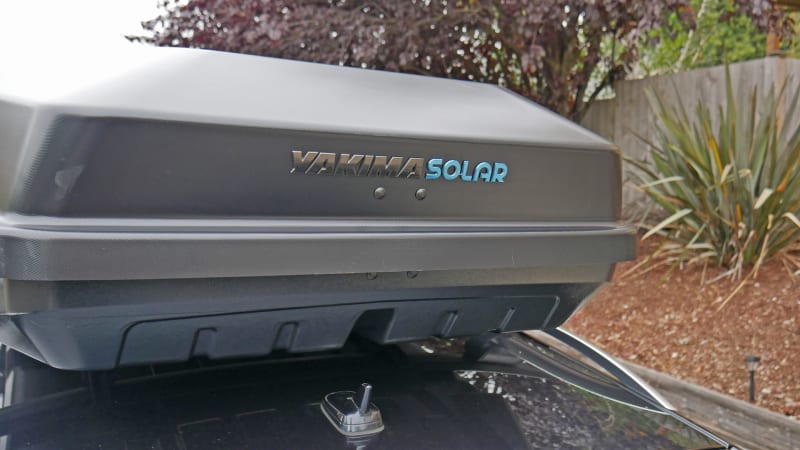 Back to the crossbars. Another potential advantage is that they sit lower to the roof than most crossbars (although something like the Thule AeroBlade Edge comes close). Don’t quote me here, but less of a gap between the roof and whatever is above seems likely to be an aerodynamic advantage. It’s a different angle, but you can still see how much lower the CBX Solar sits to the Outback’s roof than it does to the Allroad.

Being lower also makes it that much easier to load whatever’s on the roof — something already made easier by the Outback’s slightly lower roof relative to SUVs.

Now, there are negatives. The Outback’s crossbars aren’t as wide as aftermarket options, including those Timberlines on my Allroad. This makes it harder for you to mount multiple things aboard, especially with something as large as the Yakima CBX Solar roof carrier shown in these pictures. If they aren’t wide enough for you, it is apparently possible to install a Thule WingBar Evo system onto the rails, which is good, but also kinda defeats the purpose of the clever rails.

Some owners have also noted that the open sockets where you plug the bars into can fill up with gunk over time. Otherwise, there are far more positives here than negatives. Considering that this is now the third Outback generation to have them points to the fact that owners appreciate their functionality. That said, one does wonder why they haven’t migrated to Subaru’s other vehicles.