There’s a new “fastest production vehicle” in the world, and it’s produced by an American hypercar company. On October 10, the SSC Tuatara annihilated the previous record set by the Koenigsegg Agera RS. Over two runs, the Tuatara averaged 316.11 mph, smashing the Agera RS’ 277.9 mph average.

That average doesn’t tell the whole story, though. The Tuatara hit a top speed of 331.15 mph in its last run, setting the bar even higher for the highest speed achieved on a public road. Just let that sink in for a quick minute. 331.15 mph in a production car on the road. The Agera RS topped out at 284.3 mph, while a longtail Chiron prototype hit 304.77 mph on a test track. (Since the Chiron was not a production car and was run on a test track, that doesn’t count toward the official record.)

In case you were wondering, the Tuatara’s other run to complete the average was 301.07 mph. For these records to count, you must do consecutive runs in opposite directions within an hour of each other — this accounts for wind and elevation changes in the road. Officials (including Guinness World Records) were in attendance to independently verify all the data and confirm that SSC did indeed break the previous world record.

SSC chose a seven-mile stretch of State Route 160 near Pahrump, Nevada, as the driving location. As you’d expect, the entire road was shut down for the record attempt. Oliver Webb, a well-known racing driver, was chosen to pilot the Tuatara to its top speed. Wind was the biggest issue on the day of driving, and Webb thinks the Tuatara has even more speed left in its tank.

“There was definitely more in there. And with better conditions, I know we could have gone faster,” said Webb. “As I approached 331 mph, the Tuatara climbed almost 20 mph within the last five seconds. It was still pulling well. As I told Jerod [Shelby], the car wasn’t running out of steam yet. The crosswinds are all that prevented us from realizing the car’s limit.”

This record comes 10 years after SSC set a record with its first car, the Ultimate Aero. The Tuatara’s performance far outclasses the Ultimate Aero’s, and it put up the numbers to show it. Nothing about this specific SSC Tuatara is any different from a production version. In fact, this Tuatara is privately owned. It has the same flat-plane crank 5.9-liter twin-turbo V8 that powers all Tuataras. When run on E85 (as this one was), it’s capable of 1,750 horsepower. Running it on 91 octane lowers power to 1,350 horses. A seven-speed automated manual transmission does the shifting. 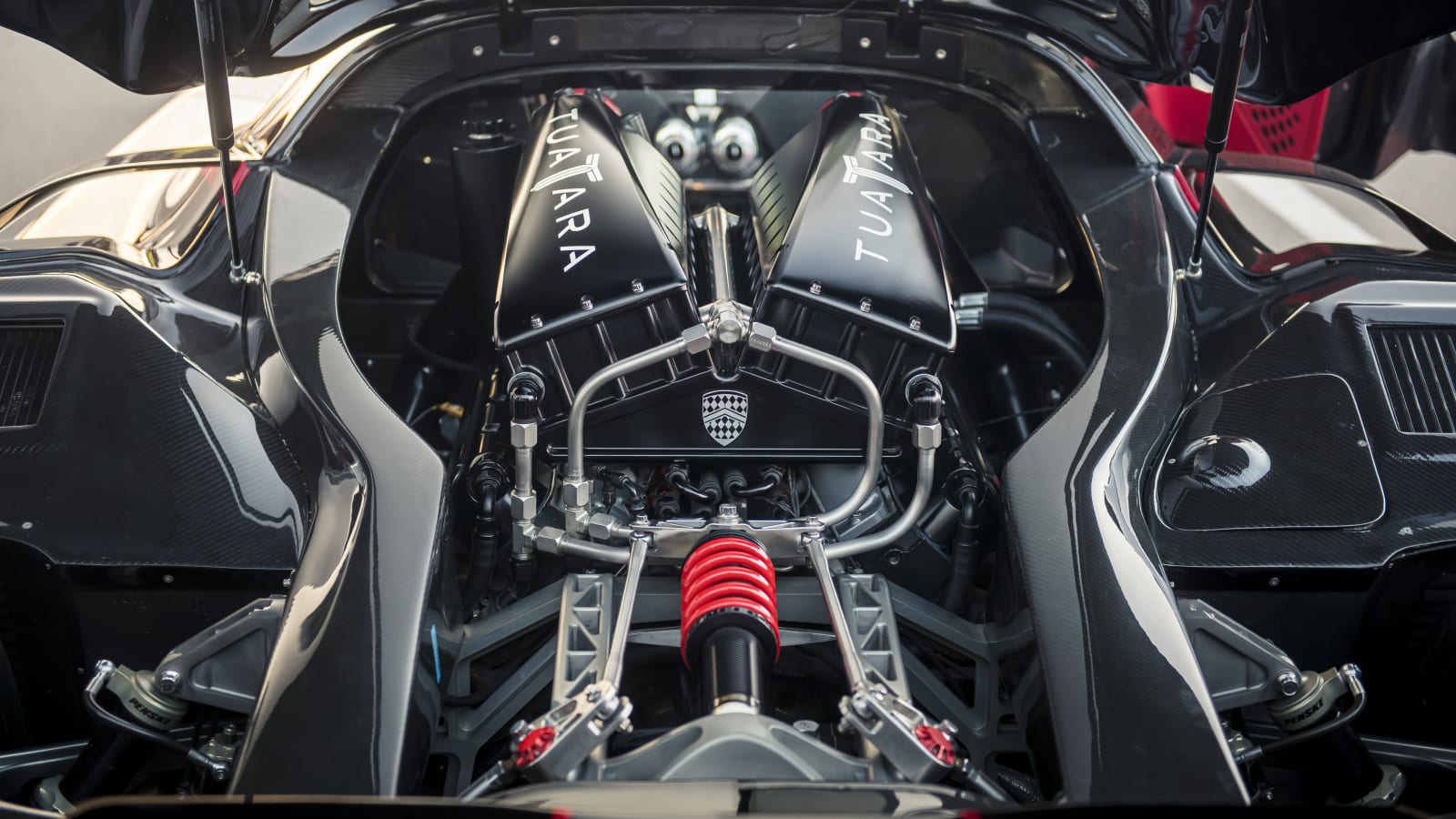 The Tuatara’s aerodynamic profile (and of course the massive power) help it achieve the high top speed. The coefficient of drag is a crazy-low 0.279. Active aero helps it maintain similar downforce characteristics for the driver from low-to-high speeds. It’s one hell of a machine.

For even more background on this historic top speed run, check out our deeper dive on SSC’s momentous (and scary) day breaking the record.