Station wagons began their fall out of favor among car-buying Americans as the decade of the 1980s went on, with trucks and minivans shoving aside the Country Squires, Kingswood Estates, and Crestwoods that once roamed American highways in huge numbers. Still, Ford dealers in 1987 had three sizes of station wagon available for new-car shoppers: the big LTD Crown Victoria, the midsize Taurus, and the little Escort. Today’s Junkyard Gem is one of those Escorts, found in a Denver boneyard.

This generation of Escort came in just three trim levels: the penny-pinching Pony, the mid-grade GL, and the hot-rod GT (the EXP two-seater was Escort-based but was considered a separate model). In 1987, all US-market Escort wagons came off the assembly line as GLs. 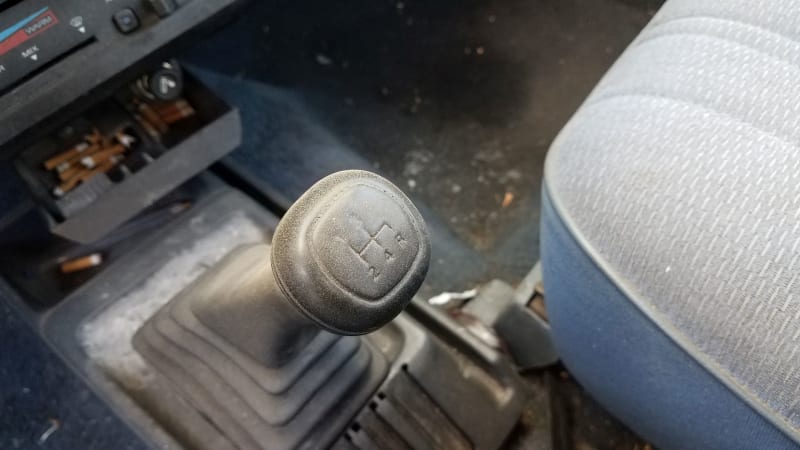 1987 Escort GL buyers could pay $76 extra for a five-speed manual transmission or $490 extra for a three-speed automatic (that’s about $177 and $1,145, respectively, in 2020 dollars). Otherwise, you got the base four-on-the-floor manual, which is what’s in this car. Believe it or not, Americans could buy a new car with a four-speed manual all the way through 1996, but the good old four-on-the-floor had become pretty old-fashioned by the 1980s. In theory, 1987 Taurus buyers could get a new MT5 wagon with five-speed manual, but those cars must be harder to find than Blower Bentleys these days; the LTD had shed its three-pedal option many years before. 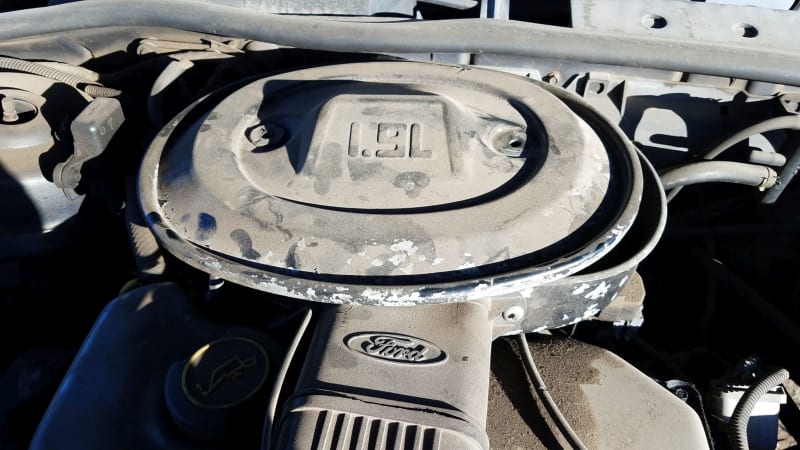 The original North American Escort was at best a cousin to its European counterpart (starting in 1991, the Escort moved onto the same platform as the Mazda 323), but the CVH engine family did start its career in Escorts made on the other side of the Atlantic. This is the New World-only 1.9-liter version, rated at 90 horsepower. The Escort GT got a version that made a respectable 108 horses in 1987. 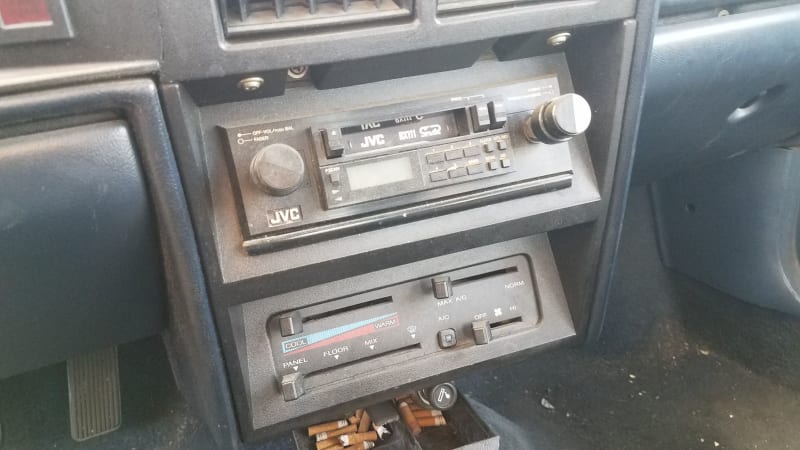 Base price on the ’87 Escort wagon was $7,312, or about $17,115 today, so that $490 optional slushbox would have seemed like a ridiculously frivolous purchase to most budget-minded car shoppers. However, this car did get the $657 air-conditioning upgrade (about $1,535 today). If you’re willing to spend that much for refrigerated air, why not shell out the additional $76 on a five-speed? It would have paid for itself in fuel-economy savings within a couple of years. 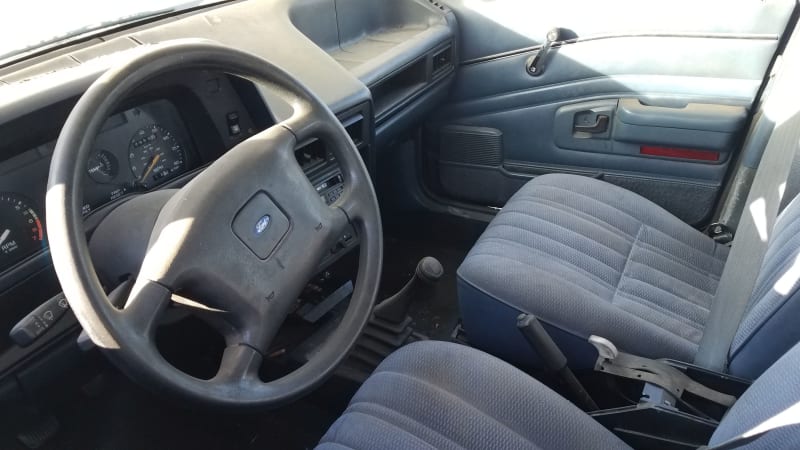 Still, this car stayed on the road for three decades. We can’t tell you how many miles are on its clock, due to the five-digit odometer, but the interior still looks decent.

Ford pushed the “world car” background of the first-generation Escort as hard as possible during the 1980s. This approach went away when the Escort became a Mazda, of course.