Chrysler scored a massive sales hit with its original K-platform-derived minivans of the middle 1980s, and the Japanese automakers decided to jump into the North American small-van game with their popular-in-the-home-market rear-wheel-drive vans. Mitsubishi had the Delica (called the Mitsubishi Van here), Nissan had the Vanette (called the Nissan Van here), and Toyota had the LiteAce/TownAce/MasterAce (known as the Toyota Van here). Clearly, the Japanese companies’ marketing departments weren’t particularly creative when it came to names. Toyota’s Van was by far the best-selling of the three in the American market, and it proved to be a reliable machine. Here’s a Colorado Toyota Van with a quarter-million miles on the clock and a lot of exciting stories to tell.

Like the Previas that followed them, the LiteAce was a mid-engined design with a four-cylinder engine driving either the rear wheels or all four. The Y engines in these vans made just a bit more than 100 horsepower. 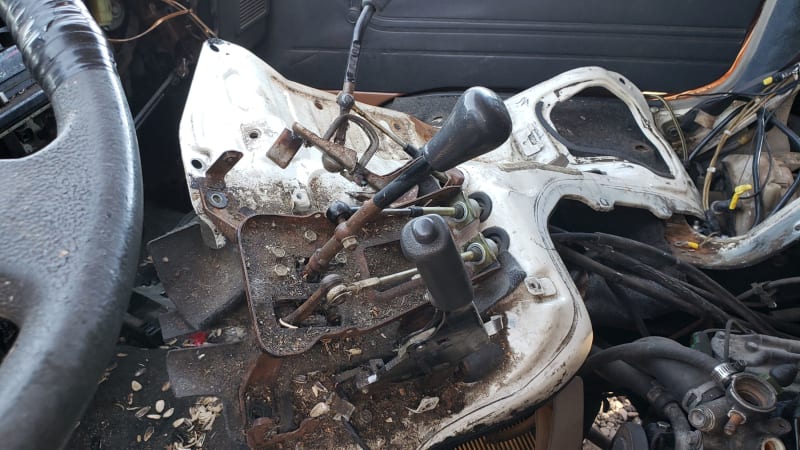 This one is the four-wheel-drive versions with a five-speed manual transmission, a fairly rare combination in the United States. 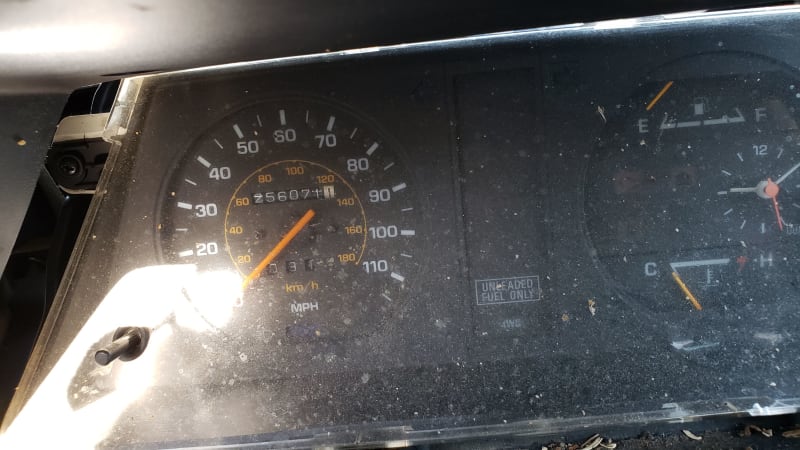 It lived a long life and traveled nearly 300,000 miles during its 33 years on the road. 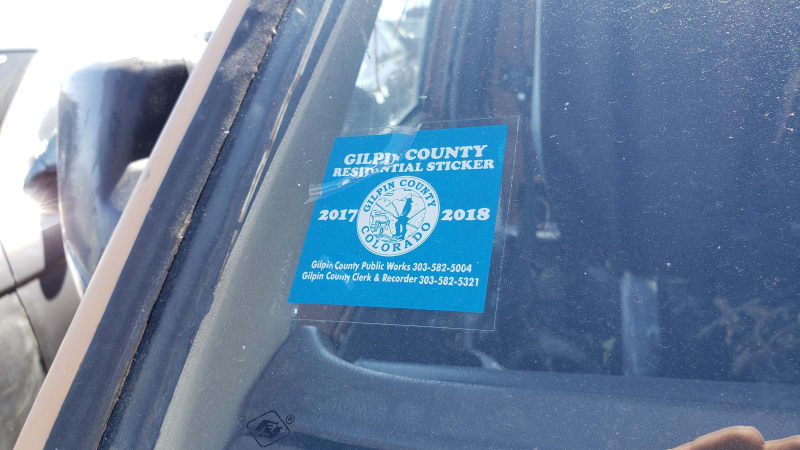 It appears to have spent its final years in Colorado’s Gilpin County, in the mountains northwest of Denver. 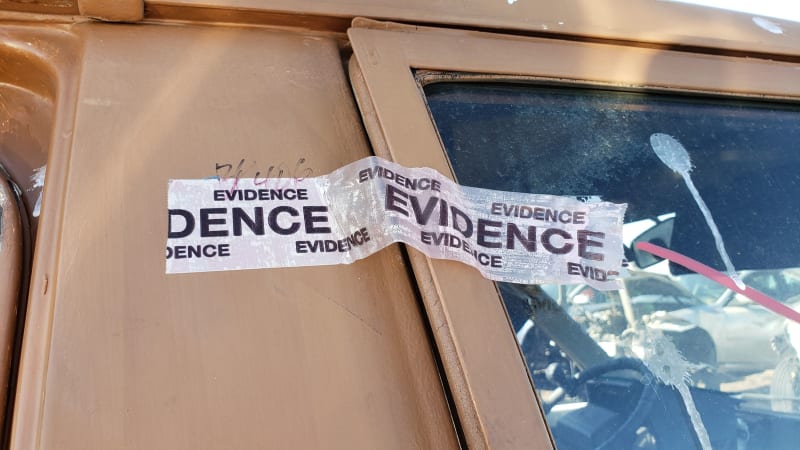 Part of the road that led it to its final parking space involved a run-in with law enforcement and, presumably, a sad trip to the impound yard. 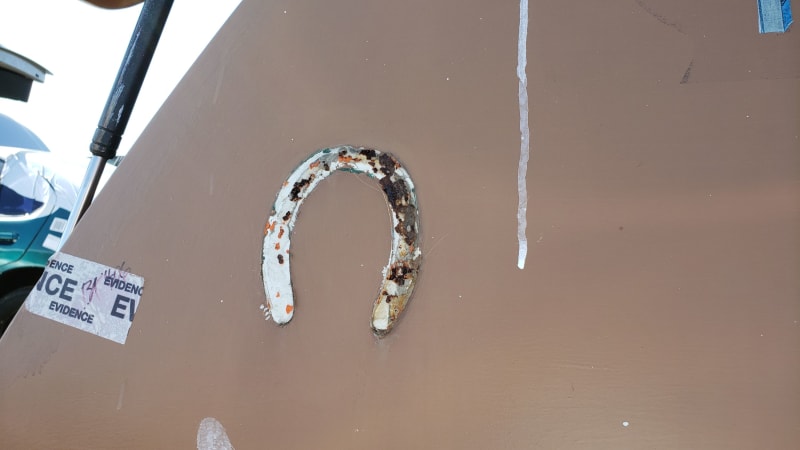 If you’re going to glue horseshoes to a van, it’s best to glue them with the points facing upward. This prevents the luck from running out. 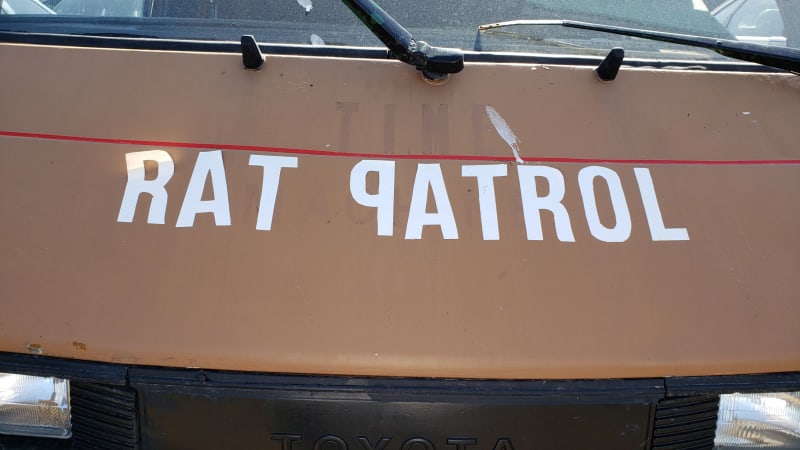 The lettering on the front may be a reference to the 1960s television show. 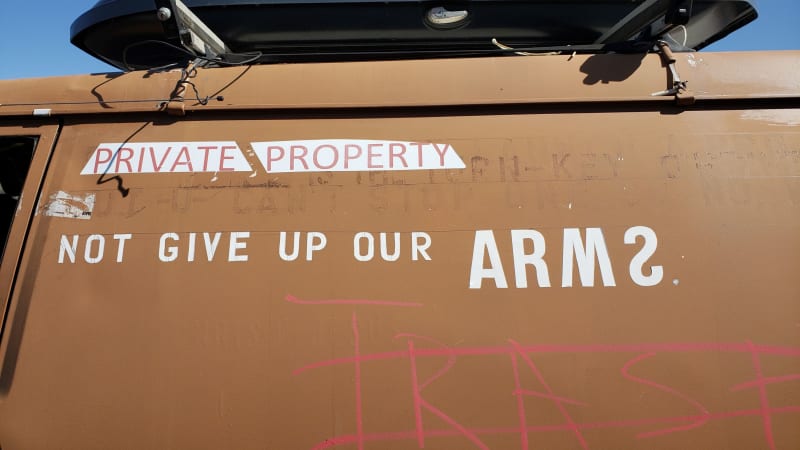 What all these multiple layers of messaging mean, I can’t say. 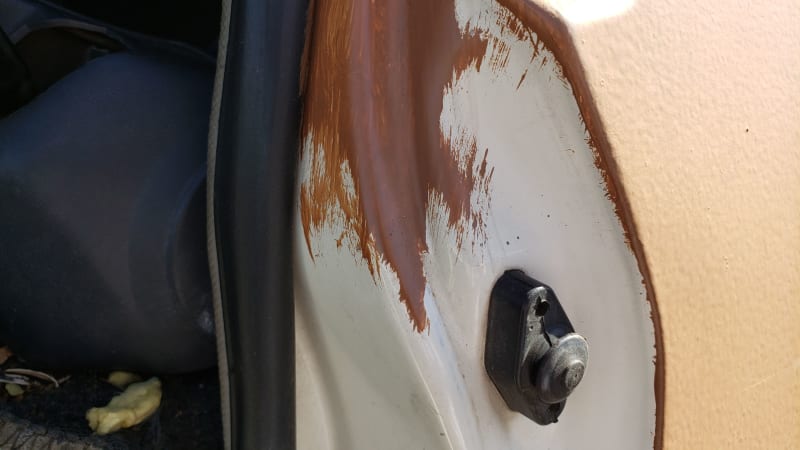 The paint job was applied with a brush, in proper Rat Patrol style. 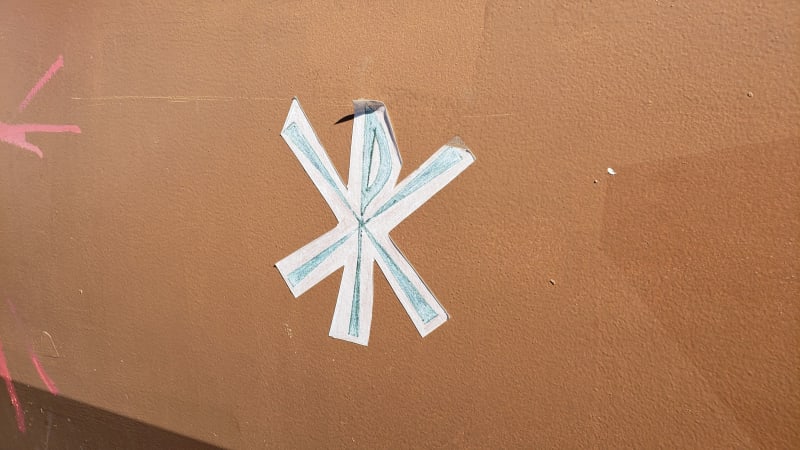 The Chi Ro symbol indicates a familiarity with the history of early Christianity. 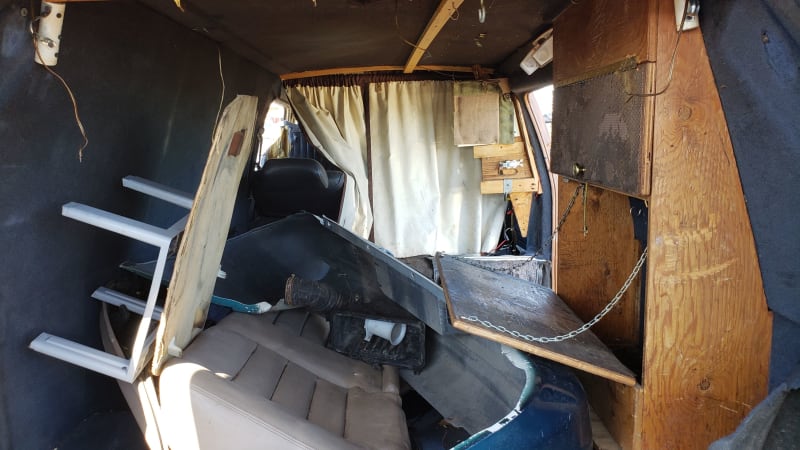 The interior was converted into living quarters at some point. 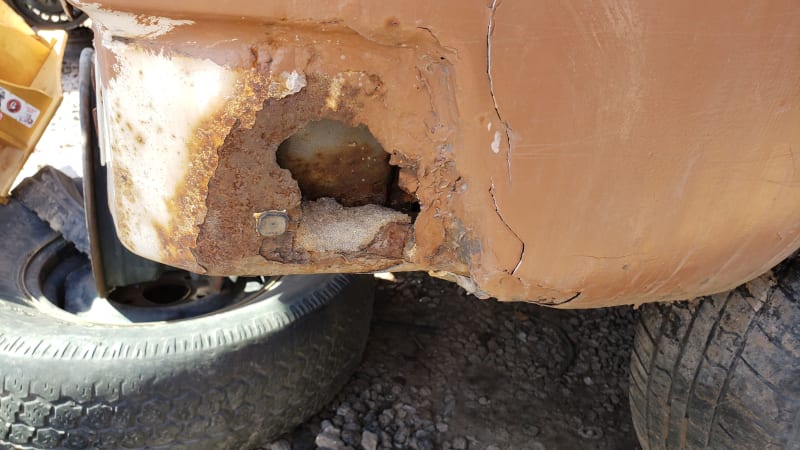 These vans were prone to rust, but the powertrains proved so bulletproof that I still find plenty of them in junkyards in the dry parts of the country. 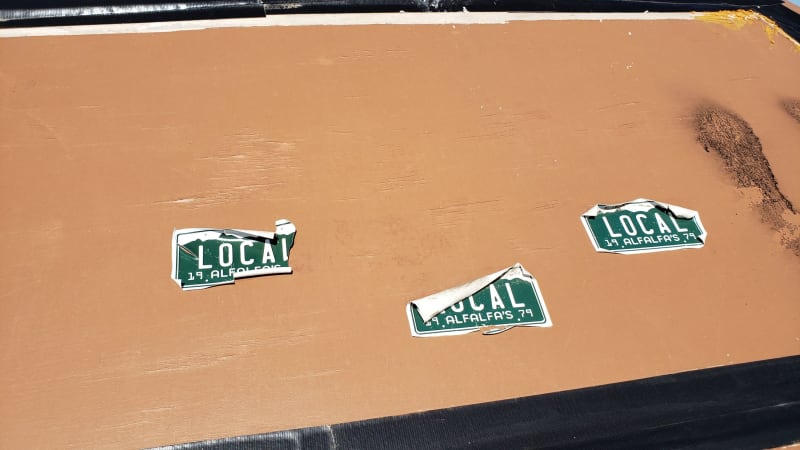 Alfalfa’s is a natural grocery store in Boulder, not so far from Gilpin County. 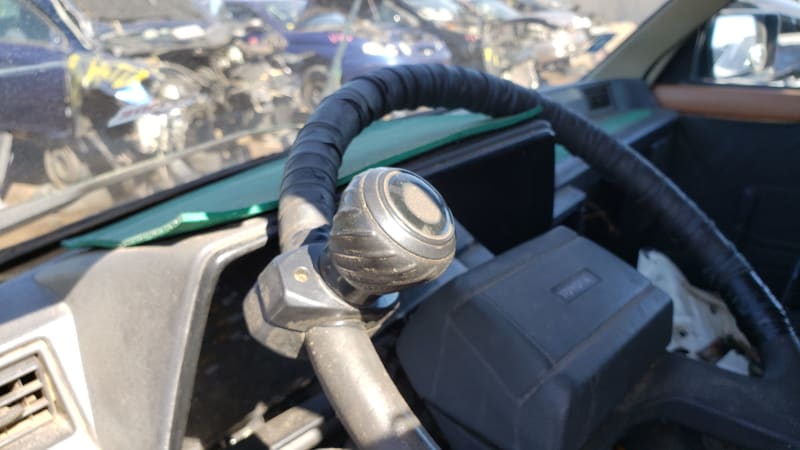 Suicide knob and all, this van lived a long, adventure-packed life and will face the crusher soon.