Car enthusiasts as a rule have unconventional tastes. We like wagons and manual transmissions, things that most people would equate to wearing bell bottoms and churning your own butter. However, we all have that one car or two that other car enthusiasts and the, ah, civilian population alike would raise a befuddled Spockian eyebrow at. The oddball, guilty pleasure, what-the-hell-are-you-thinking cars. Maybe you’re the guy who secretly thinks the Pontiac Aztek was a great idea (we know him, don’t worry, your identity is safe Sam). Perhaps you prefer the Mustang with a four cylinder or think that BMW hit its stride when that Bangle guy showed up. Whatever the convention-defying car or opinion is, we all have them.

Of course, some have more than others, which is why we’ll let News Editor Joel Stocksdale get this show on the road since we’re pretty sure he could’ve just done this list by himself.

News Editor Joel Stocksdale: As resident weird car nerd, I’ve been asked to lead the picks, and you can see my first at the top of this post: the Geo Storm hatchback. It is weird for many reasons. For one thing, it was a rebadged, restyled Isuzu Impulse sold by GM through its captive import brand Geo. Alongside it would be rebadged Toyota Corollas, Suzuki Vitaras and Suzuki Swifts. For another thing, it just looks weird. It’s like a shrunken fourth-generation Camaro shooting brake. And that’s the main reason I dig it. It also has solid bones under it, as the Impulse was a fairly sporty machine.

Sadly, the hatchback only got a 95-horsepower SOHC four-cylinder, not the twin-cam engines making between 130 and 140 horsepower that were offered on the GSi coupe. But since they’re the same from the A-pillars forward, swapping the engine shouldn’t be too difficult. A particularly enterprising owner might even be able to drop in the Impulse RS’s turbocharged 160-horsepower engine and all-wheel drive, though I’m not sure whether the floorpan was the same between those models to accommodate a driveshaft and rear differential. Regardless, the Storm hatch is a nifty little machine that I’d be happy to zip around in.

Stocksdale: I’ve actually got a laundry list of strange machines I’d love to have in my garage (see, we told you, -Ed), but I’m restricting myself to two for this post. My second entry is a close cousin to another Geo machine. It’s the Suzuki X-90, which was thoroughly derided by Jeremy Clarkson back when it was new. But that’s a thoroughly unfair assessment of what’s actually a fascinating car. The X-90 took all the mechanical underpinnings of the two-door Suzuki Vitara/Geo Tracker, and stuffed them under a curvy, bubbly two-door coupe body. Yes, that means it was a body-on-frame coupe with a two-speed four-wheel-drive transfer case. It could be had with either a manual or automatic transmission, though a manual would be ideal to make the most of the little four-cylinder. It also had T-tops, which are an automatic car coolness booster. I think it would be a blast to turn one into a little off-roader, which should be easy considering its common base. That should also keep it easy to maintain, unless you happen to break some glass or rare body parts. So I’d probably be a little wary of particular rough off roading. 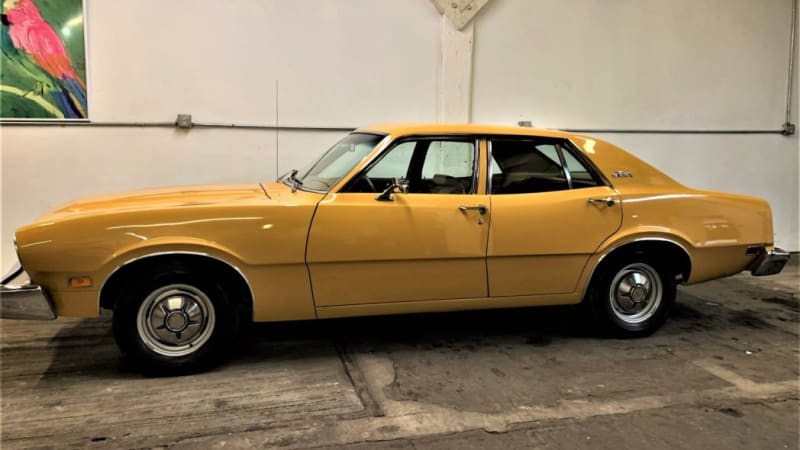 Editor-in-Chief Greg Migliore: The Maverick of the 1970s is an underrated Ford. Seriously. It was a decent compact car in an era when the domestics were still trying to grasp the concept. The styling, while admittedly frog-like, was above average and interesting, at least. The basic shape remained unchanged as the ‘70s wore on, and it held up well aesthetically. Physically, that’s another story. The reason for my selection of the Maverick is simple: My mom had one when I was a kid and I loved it, even though it comically rusted through the floorboards. Our ’73 Chevelle was far better transportation. But the Maverick’s push-button door handles, round headlights and dog-dish hubcaps really stayed with me, for some reason. I think it was a ‘73, though the immaculate one above is a ‘74. It makes sense (in my head) why I like the Maverick. I love the early 1960s Falcon Futura (my mom also had a ‘61) with which the Maverick shared underpinnings. Plus, the Maverick took aim at the Chevy Nova, another car I oddly like, and the Dodge Dart. I wasn’t around for the 70s. It just seems like it. 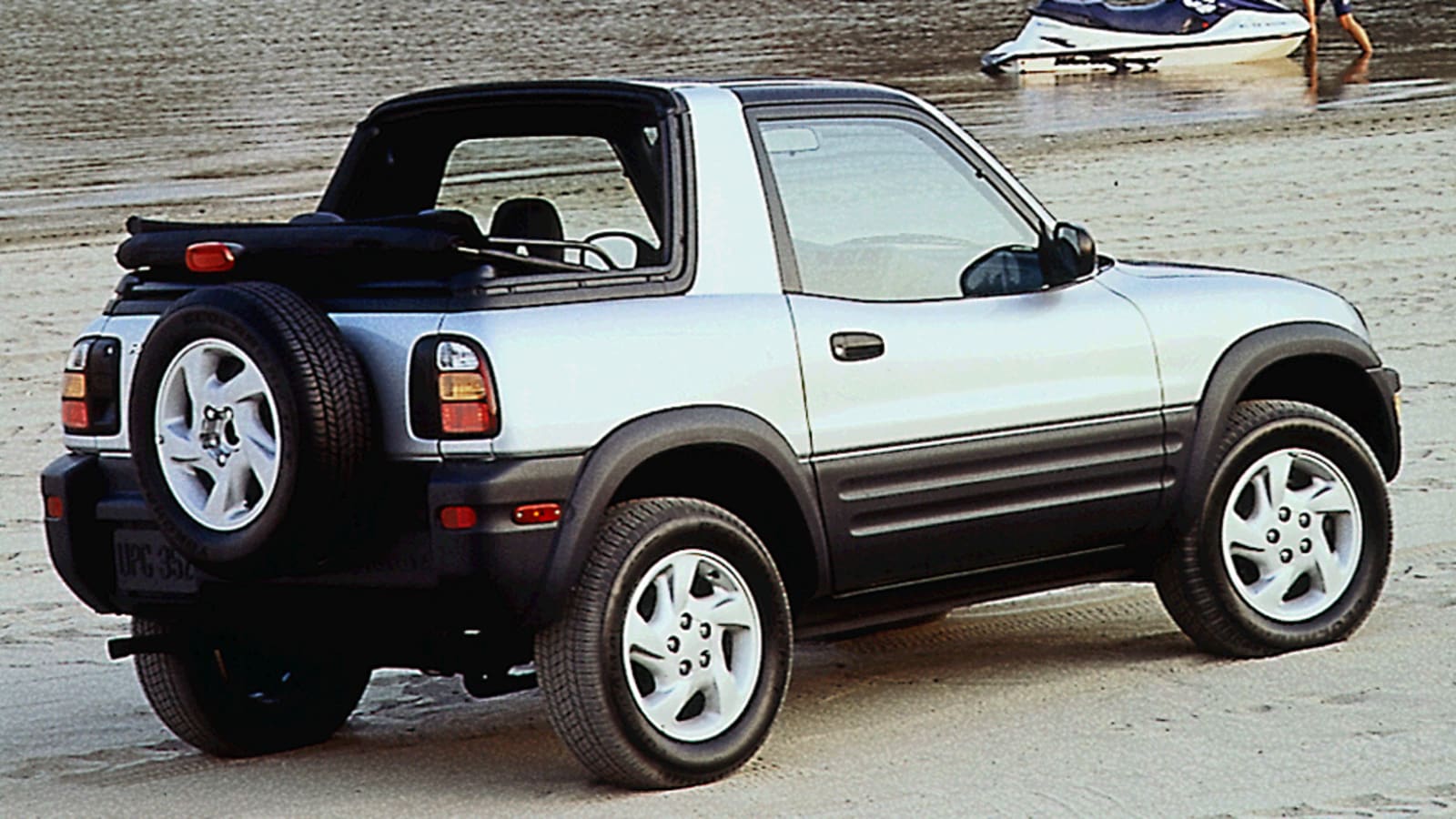 Road Test Editor Zac Palmer: My hunt for a first-gen Toyota RAV4 two-door convertible with four-wheel-drive and a manual gearbox continues. I’ve been at this for a couple years now, stalking the Craigslist and Facebook Marketplace classifieds at a semi-frequent rate. The few who own these unicorn cars (you know who you are) clearly don’t want to part ways with them. However, I’m here to tell you that it is all OK. You can sell it to me, and I promise to cherish it and show it off on Woodward Ave.

I know that I could always go for a hardtop or find one of the rare dual removable moonroof versions, but at this point I’ve waited long enough that compromise is not an option. So fellow crossover convertible weirdos, please do hit me up. The comment section works. 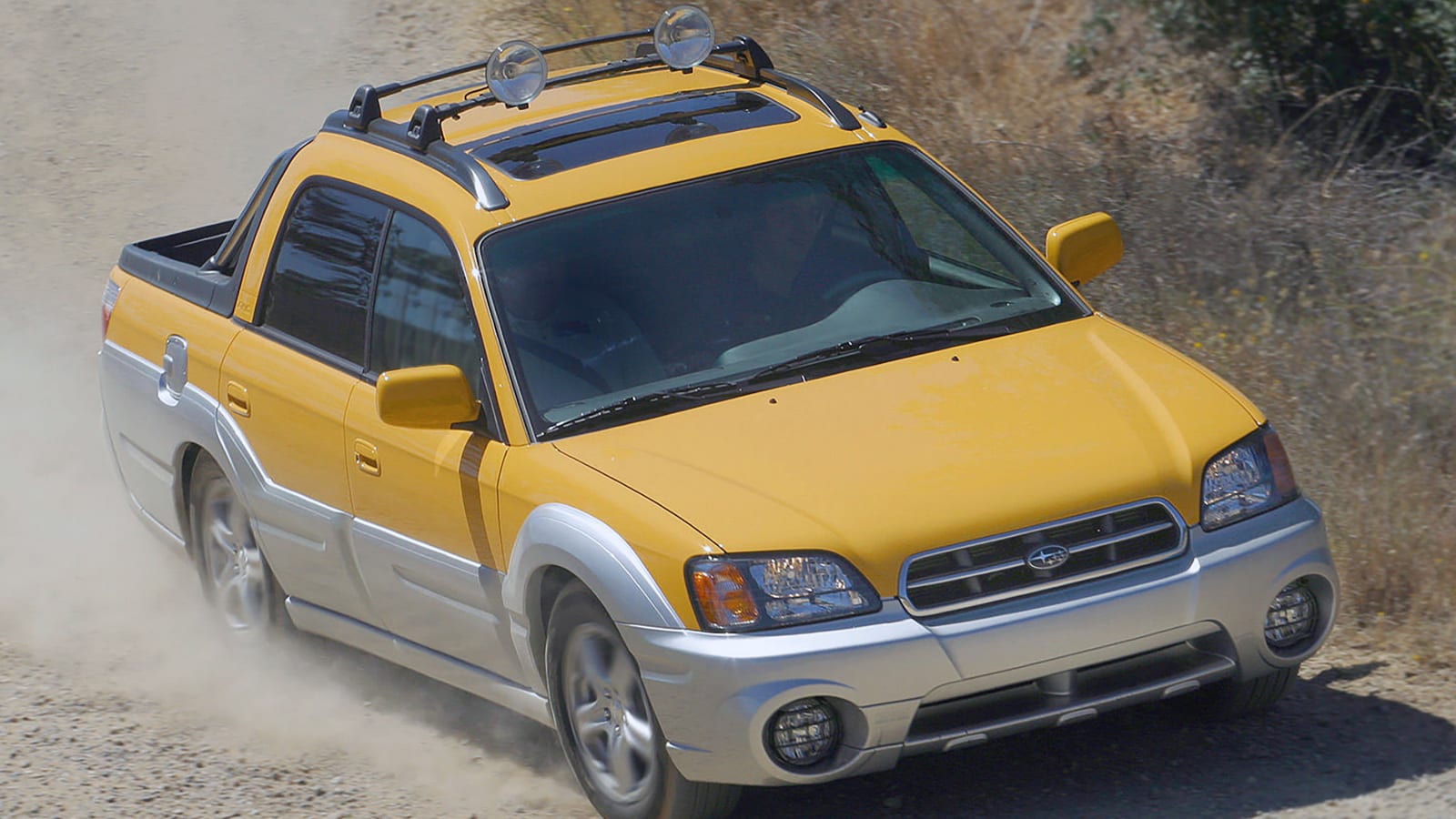 Palmer: Yeah, I’d rock a Subaru Baja unironically. Mine would have a modest lift, all-terrain tires and a semi-unreasonably loud exhaust that makes Subaru blub-blub sounds. Unlike the RAV4 Convertible sitting next to it in the garage, the Baja would be put through hell off road. It’d pull double duty as my summer trail vehicle and my winter beater. Plus, with a bed I can host a proper tailgate for football Saturdays.

A manual transmission is a must. I’d also go with a 2005 or newer model, since those had a slightly higher ground clearance from the factory, according to Wikipedia. 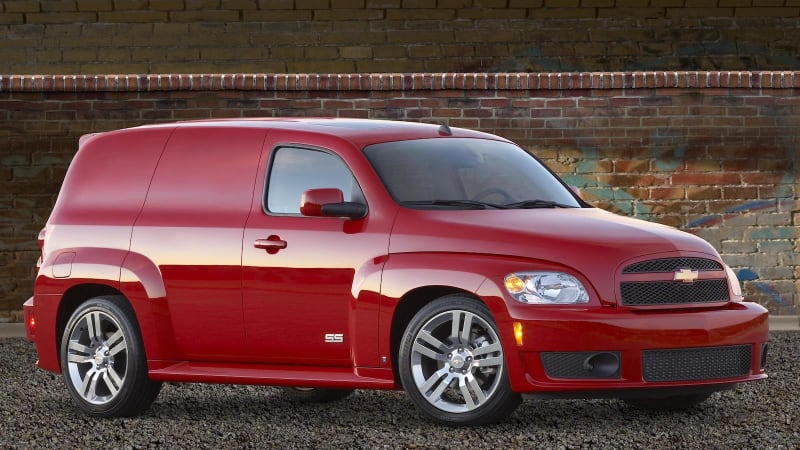 Consumer Editor Jeremy Korzeniewski: This is a mighty rare beast. For one model year only, General Motors decided to pair its 260-horsepower HHR SS speedster with its available panel van bodyshell. They apparently only sold 216 of these 2009 HHR SS Panels, and that means it’s potentially collectible. Those in the know claim that only 84 of them were equipped with a five-speed manual transmission, and that’s the needle in a haystack I’d look for. 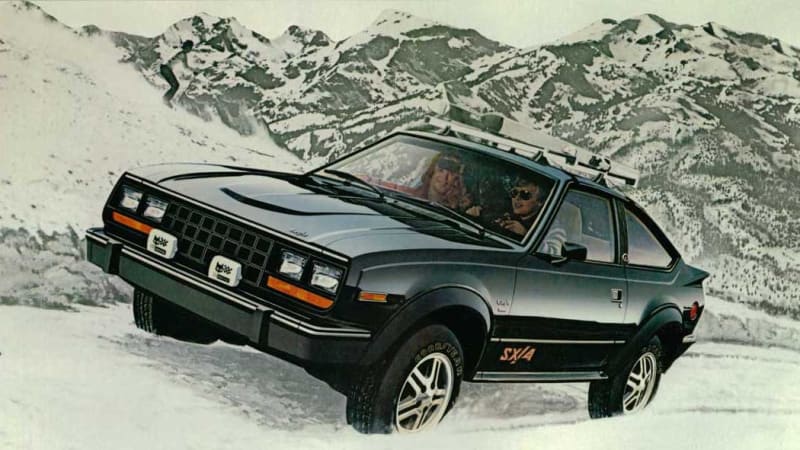 Korzeniewski: Everyone knows about the AMC Eagle wagon, but how many of them remember that the late, great American Motors Corporation actually made five different versions of the four-wheel-drive machine? I’d totally rock any of ’em, but I have a special soft spot for the SX/4 edition seen above. AMC’s marketing materials claimed that the SX/4 was “built like a sports car, but when it leaves the road, it leaves other sports cars behind.”

I think we can all agree that the SX/4 is anything but a sports car, but that doesn’t mean it isn’t cool. I’ll take mine with AMC’s classic inline-six. 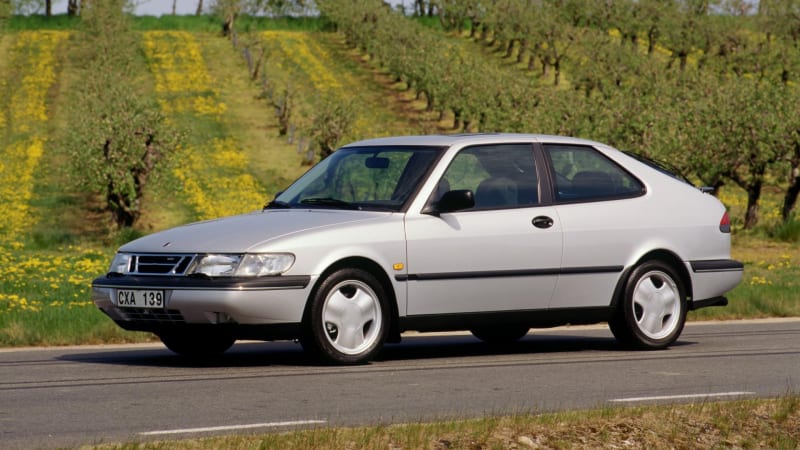 West Coast Editor James Riswick: You can’t do a list of weird cars without someone including a Saab. Weird was a defining characteristic, from the ignition in between the seats to the Night Panel gauges to those cheese grater infinity-direction airvents. Hell, even turbo engines were rare back in the day. Admittedly, things got less weird as GM’s ownership went on, and certainly the 900/9-3 generation you see was less distinctive than its 100-percent Swedish predecessor. But it was still pretty damn wacky pants, especially the two-door model I’m picking here. Just to clarify: this is a premium fastback hatch with two doors. What? Huh?

Now, I could easily pick the 9-3 Viggen here. There’s even a pretty awesome one for sale nearby. However, that seems like it might be too broadly desirable. No, I’m picking a more basic one like the one up there. Ideally a turbo, definitely a manual, and the weird felty upholstery please. I want to enjoy those wonderfully enveloping Saab seats to their squishy fullest. 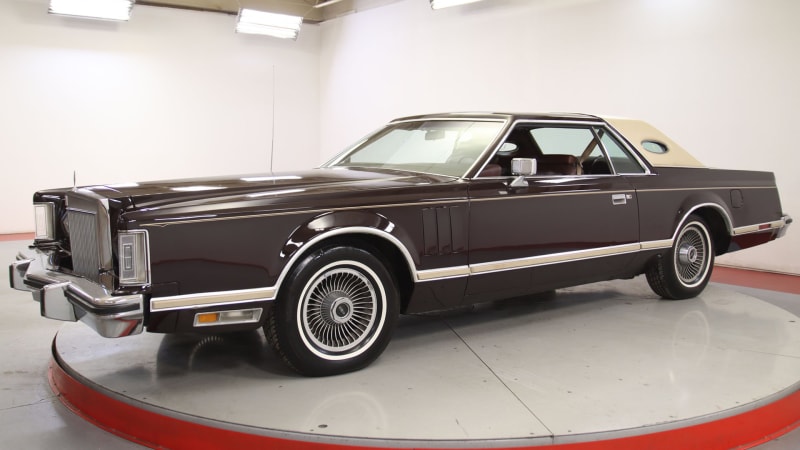 Riswick: Speaking of squishy seats … I have to admit that my automotive guilty pleasure is without question 1970s luxury land yachts. It’s partly because I always appreciate an honest car; one that knows what it is, leans heavily into that purpose, and doesn’t worry about not being able to also lap the Nurburgring or traverse a boulder field. Well, luxury land yachts definitely know what they are: vast, indulgent and comfortable. And the “personal luxury” coupes went a step further by acknowledging that you don’t really need the back seat that often, so why have doors to access it? Of course, I will also admit that part of their appeal is irony and the fact I think they’re funny. Besides being refreshingly honest, they’re also gloriously absurd.

Having said all that, many land yachts, like most things from the 1970s, were absolutely hideous. I’m not driving a ’77 Cougar, Cordoba or Matador. However, the Lincoln Continental Mark V in the right color combo is a different story. Perhaps I should credit Mr. Bill Blass, who “styled” that wine-colored beauty up there along with others over the years, but it also looked quite fetching in red and in what Lincoln today would call Rhapsody Blue. I would happily drive this Mark V Collector’s Series I ogled at Portland Cars and Coffee a while back. My real dream is to electrify one. So, although I’d still be a bit nuts, at least driving this “pleasure” would make me less guilty. 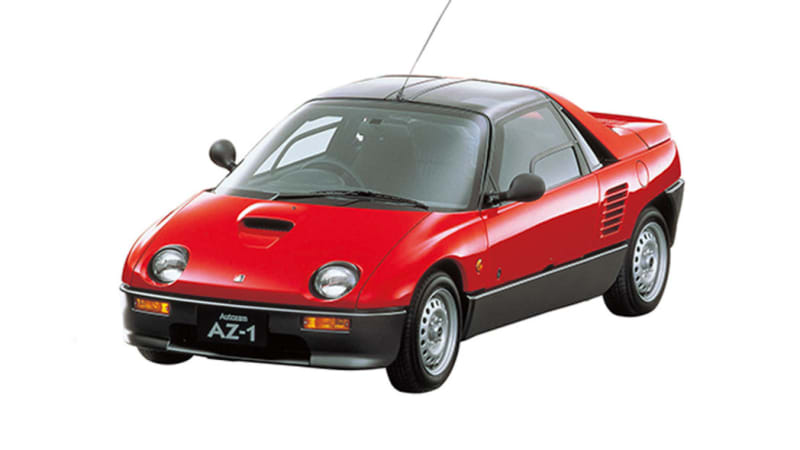 Senior Editor, Green, John Beltz Snyder: I can’t lie: I’ve found myself looking at listings for an Autozam AZ-1 on numerous occasions. It would scratch some of that Subaru SVX design itch I have, but also the one for something tiny and mid-engined. As far as kei cars go, it probably fits my lifestyle (and my frame) worse than a Honda That’s, but look at it. It’s even got gullwing doors.

What else does it have? A turbocharged three-pot mill powering the rear wheels, a five-speed manual transmission and a fixed roof (take that Honda Beat). Between this and the classic VW Beetle I covet, I can pack my dangerously impractical car collection into a pretty small garage. 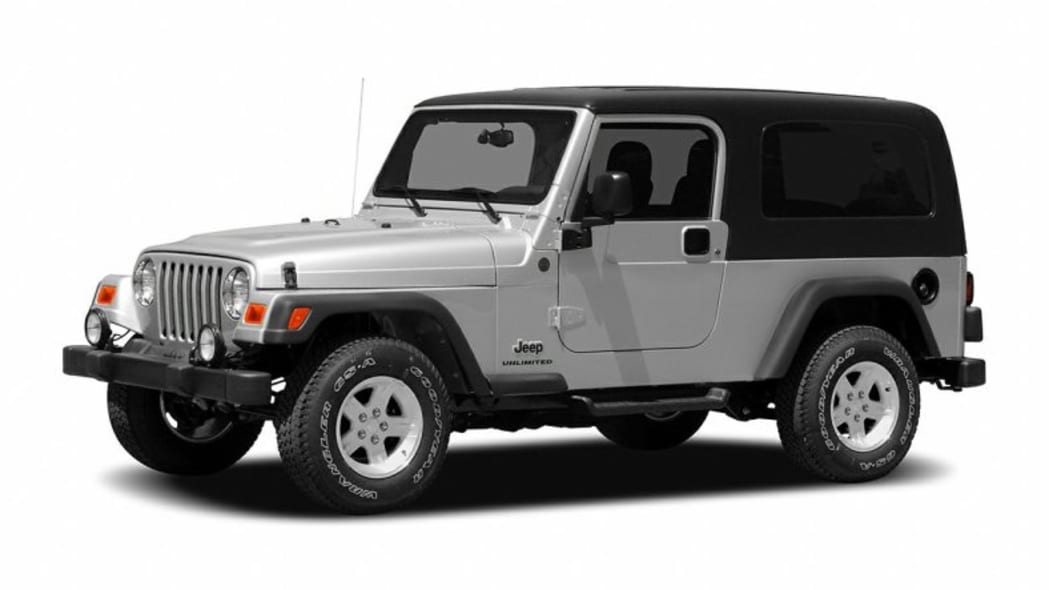 Associate Editor Byron Hurd: Remember when Jeep made a Wrangler that was longer, but not really any more practical? Autoblog remembers. The original Wrangler Unlimited was ironically still limited to just two doors, but had some extra wheelbase. For cargo? No. For a bed? No. For your rear passengers’ feet? Bingo.

The automobile industry has offered up quite a few answers to questions nobody was asking, but to me, this is one of the most enthusiastically shouted responses to a non-existent inquiry in the history of four-wheeled mobility. On the other hand, it was the precursor to the best-selling variant of the Wrangler ever built, so I suppose it found a way to remain relevant. 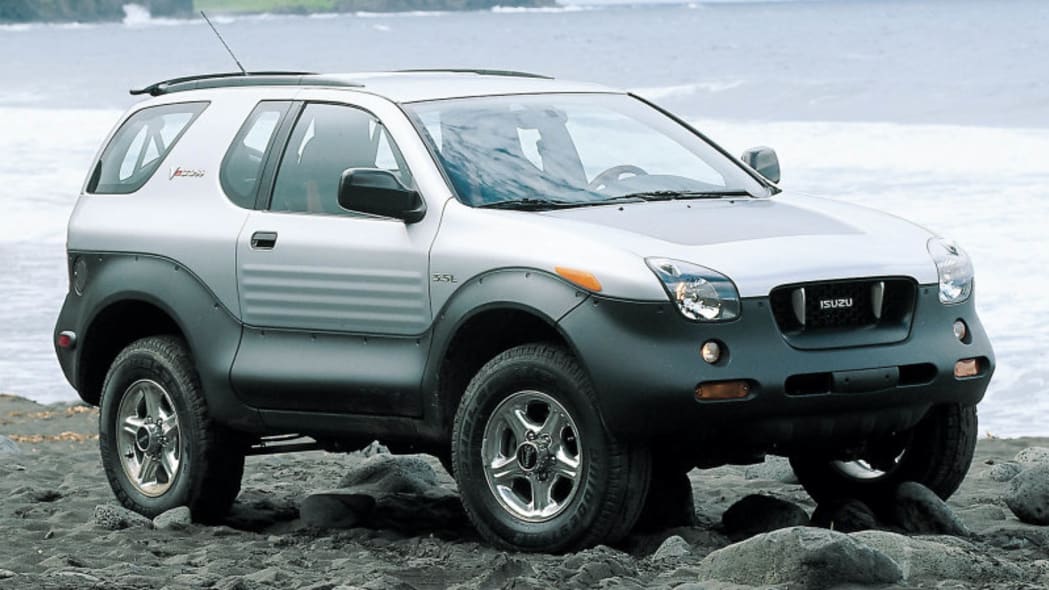 Hurd: Oh, and I’m not done with my weird 4×4 fetish, not by a longshot. Sure, the Isuzu VehiCROSS was auto-only, but it’s just so delightfully and deliciously strange. By modern standards, a V6-powered, smooth-bodied SUV with a ton of cladding is about as anonymous as a beige Corolla was in 1999, but back then? This goofy Isuzu was well ahead of its time, and fans of ’90s nostalgia are starting to notice. If you want one, now’s the time. Values appear to be skyrocketing. Hmm, maybe this isn’t such an unconventional one after all.