The Chevrolet Bolt has always been marketed as a crossover, but anyone with eyes was able to tell that was only the case to the marketeers. Soon, though, the real thing will be on its way as the existing, albeit facelifted, Bolt EV is joined by a Bolt EUV or “Electric Utility Vehicle” that sure looks like it more genuinely crosses over. You can see the differences between the two in the side-by-side photos below (EV left, EUV right), which we Photoshopped to remove as much shadow as possible. 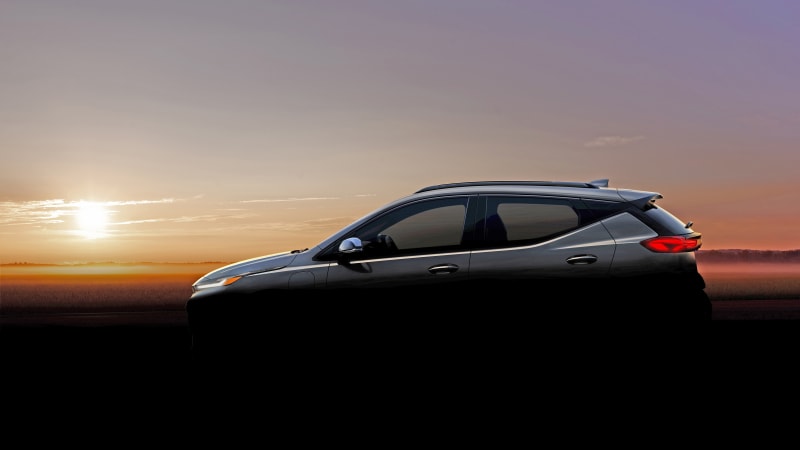 While we’re still waiting for the covers to be completely removed before the Bolt EUV enters production next summer, GM has released a video showing part of the EUV’s interior in addition to the exterior as part of the power flow graphic displayed in its large, central screen.

The EUV will definitely have a different interior design than the current Bolt EV. It has a more horizontally arranged upper dash with the touchscreen separated from the HVAC controls by a strip of trim that snakes around the screen and extends toward the passenger side of the dash. A similar strip snakes around the instrument panel and carries on into the air vents. The HVAC controls are also glossy black buttons.

In total, it sure looks classier than the current Bolt EV, which has the ambiance of an empty hot tub. Similar plastics quality, too. Whether those improve with the EUV can’t be seen in this video or in our de-shadowed Photoshop images. We also don’t know if the regular Bolt EV will get the same revised interior.

GM also announced that the Bolt EUV will be the first Chevrolet electric vehicle to be available with Super Cruise.