You take one look at the 2021 Subaru Crosstrek and you’re bound to go, “well that doesn’t look like it has much space.” Popping open the hatch will do nothing to change that opinion. You may even assume that since the Crosstrek is just a lifted Impreza hatchback that more traditional crossover SUVs would be able to hold more stuff.

Well, the Crosstrek certainly isn’t a big vehicle. And judging by the number I see here in Portland, Ore., with Yakima or Thule roof carriers, owners are apt to need more space than they provide. However, Subaru’s smallest crossover (or lifted hatchback, if you prefer) is bigger than it looks. On paper, it has 20.8 cubic feet of space behind its back seat, which is more than most subcompact crossovers like the Hyundai Kona, Jeep Renegade, etc. Only the Nissan Kicks and Honda HR-V have more. So too does the Kia Seltos, though it’s a half-size larger than the Crosstrek in the growing in-betweener compact crossover segment.

That’s how much cargo capacity it has on paper, though. Let’s see how much it can actually fit in terms of luggage. It can’t be that much, right?

I mean, this does not look very big, specifically in terms of height compared to a crossover (especially the shockingly spacious Kicks). However, it’s pretty wide and deep.

Subaru thoughtfully included that rubber cargo mat, but as it could reduce capacity … 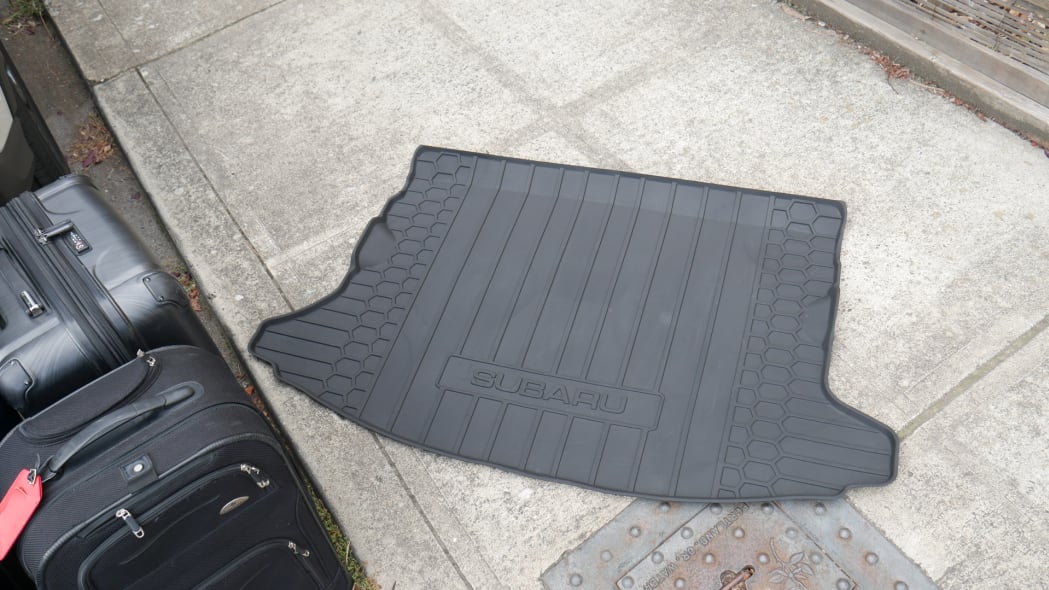 Subaru also included the cargo cover, so let’s start by seeing how much can fit with it in place. This is helpful since you might not always remember or realize your need to take the cover out and have nowhere else to stash the thing inside (the airport scenario where the people you pick up have WAY more stuff than expected).

As with every luggage test, I use two midsize roller suitcases that would need to be checked in at the airport (26 inches long, 16 wide, 11 deep), two roll-aboard suitcases that just barely fit in the overhead (24L x 15W x 10D), and one smaller roll-aboard that fits easily (23L x 15W x 10D). I also include my wife’s fancy overnight bag just to spruce things up a bit (21L x 12W x 12D). 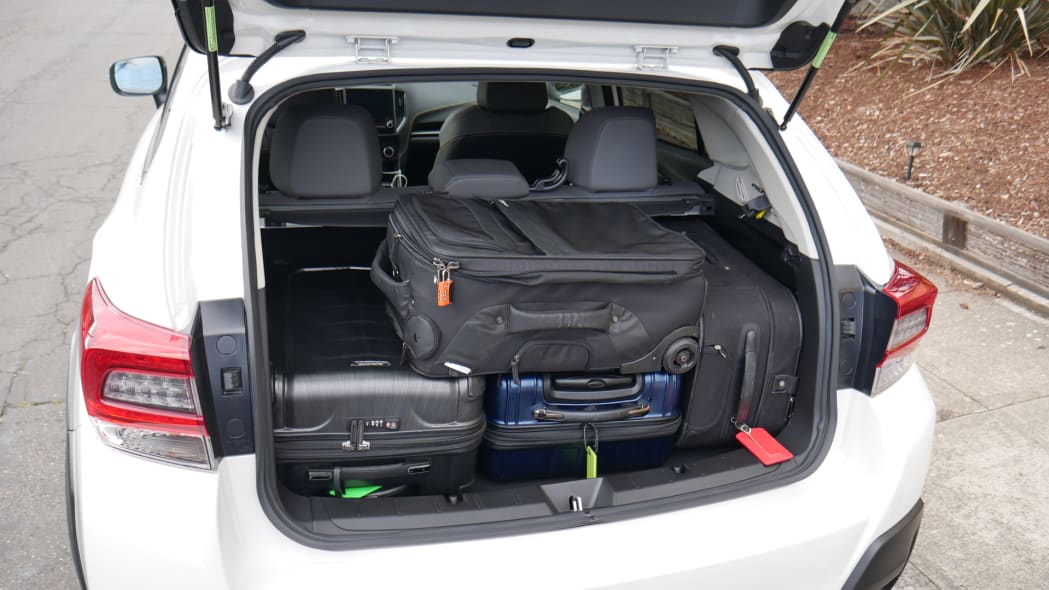 With minimal height to start with, the cargo cover’s reel does significantly reduce cargo space. More than usual, too. I was sort of able to close the cover over the bags here, but it wasn’t easy. The same bags fit in the Nissan Kicks under its cargo cover, but it was easier to do so and was a neater fit. 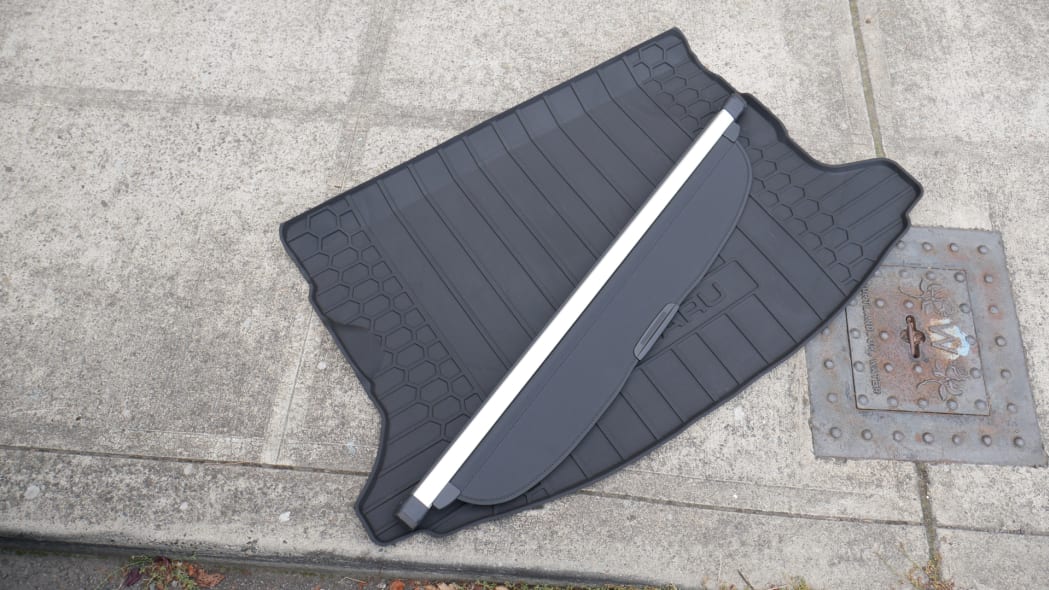 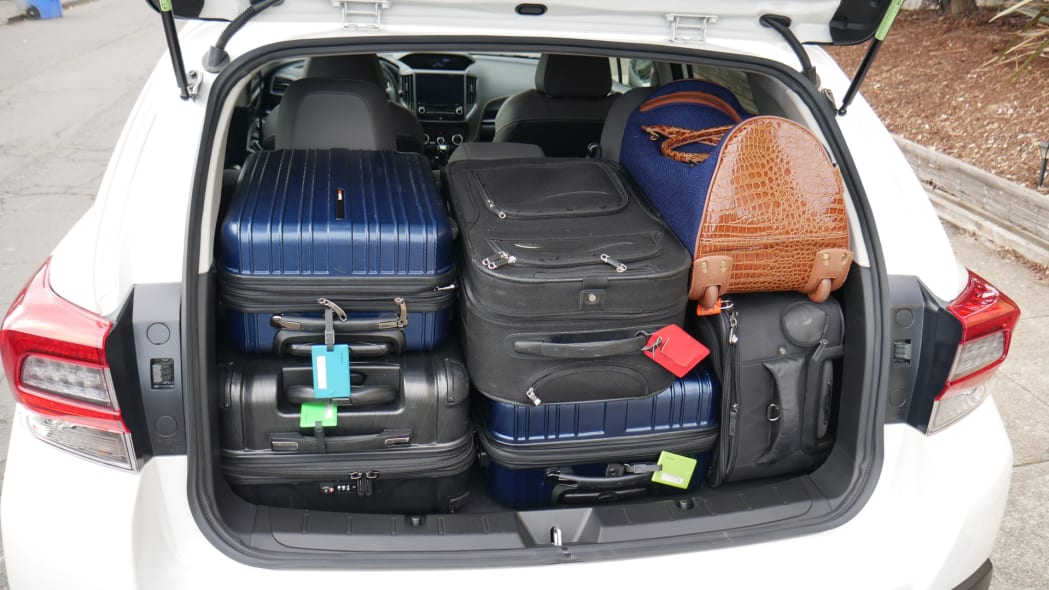 Well, that made a difference. All the bags fit, which is a rarity among sub-compact crossovers. This is basically the same as the bigger Mazda CX-30, and the Kicks betters it only by a smidge since its arrangement of bags doesn’t impede rear visibility at all. 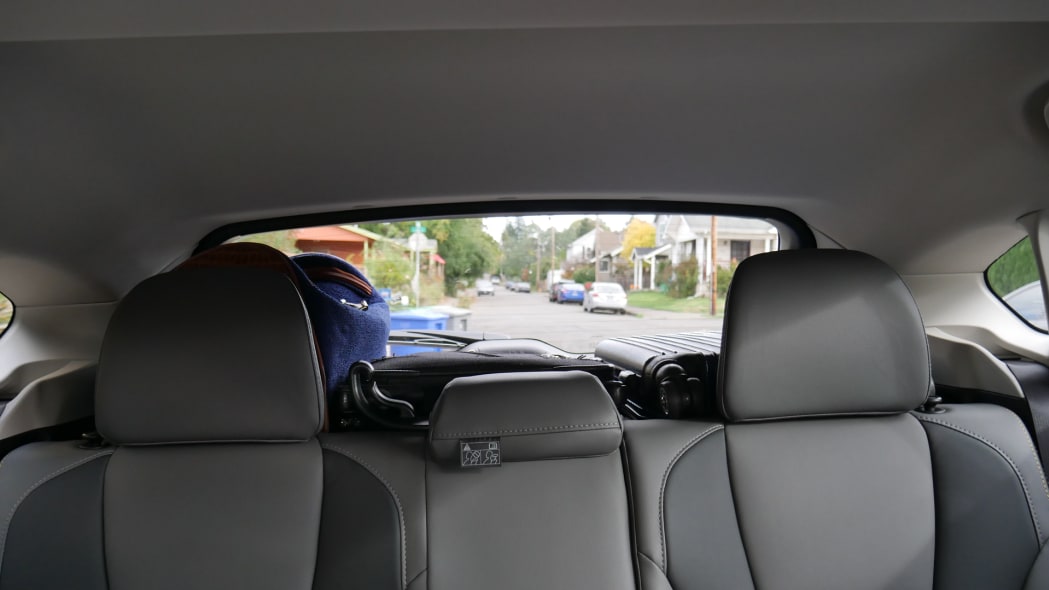 Now, if I re-Tetris the bags, there’s actually some room left over here for another small bag while maintaining rear visibility. 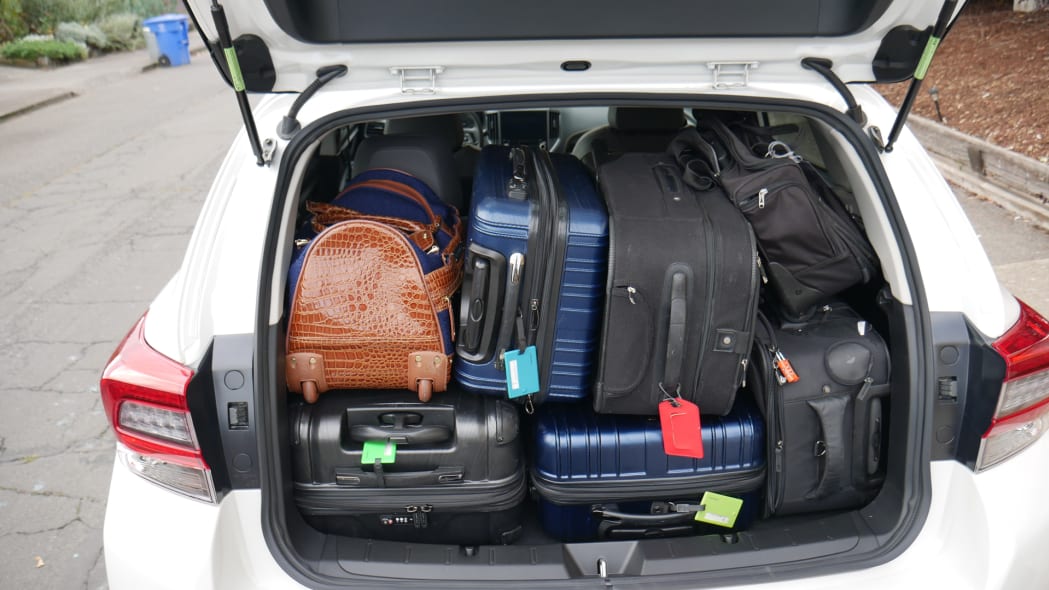 So, as the numbers suggest, the Crosstrek can indeed hold more stuff than most competitors. Besides those linked above, I tested several others when I was a freelance journalist, and they indeed held less.

Among those is the plug-in Subaru Crosstrek Hybrid, which has a battery that significantly chews into cargo space. You can find that video test here.