Chrysler sold millions of A-Body Dodge Darts, Plymouth Valiants, and variations thereof around the world for more than 20 years (if you include Australia and South America), and the sturdy 1963-1966 Darts (first generation of the A-Body version) once swarmed every road in the land. Most of these cars were sensible commuters, but your Dodge dealer would sell you a Dart coupe with hardtop roof and snazzified interior for those who wanted to be sensible and a bit devilish. Here’s one of those cars, a ’64 Dart GT with plenty of extras, found in a Colorado junkyard near Pikes Peak.

The GT package on the 1964 Dart didn’t get you any go-fast hardware, but it did add bucket seats, a padded dash, and even armrests. 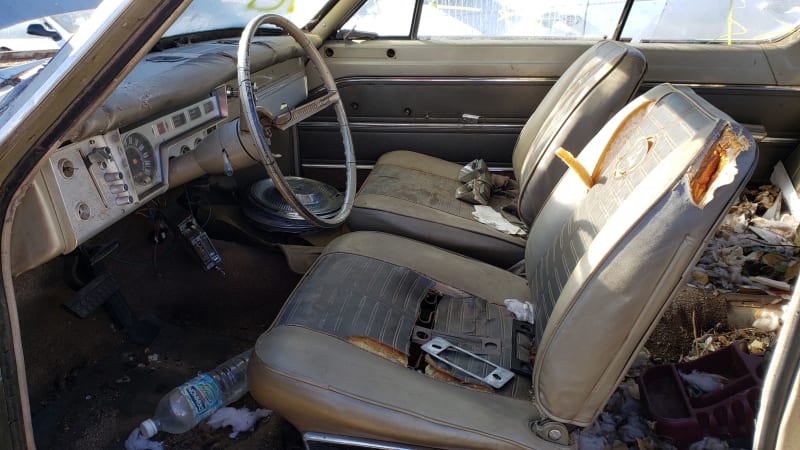 Those bucket seats would look familiar to a Dodge A100 van owner, but the Dart GT versions were nicer-looking. 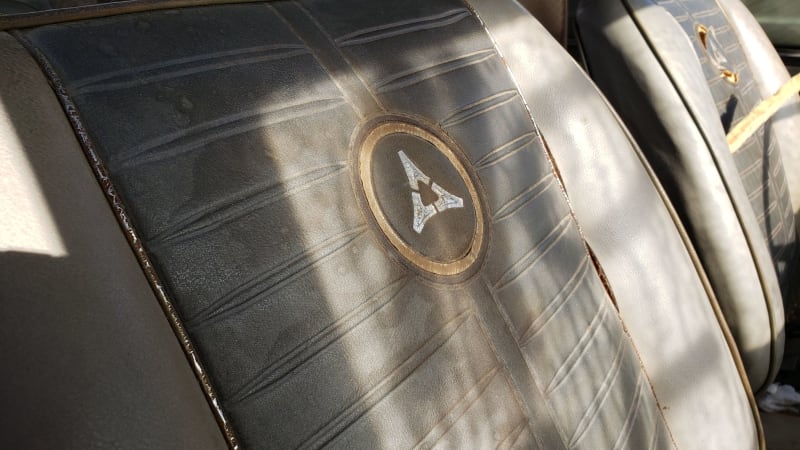 The seats got roasted quite thoroughly by the harsh High Plains sun, but the cool-looking Dodge logos remain intact. 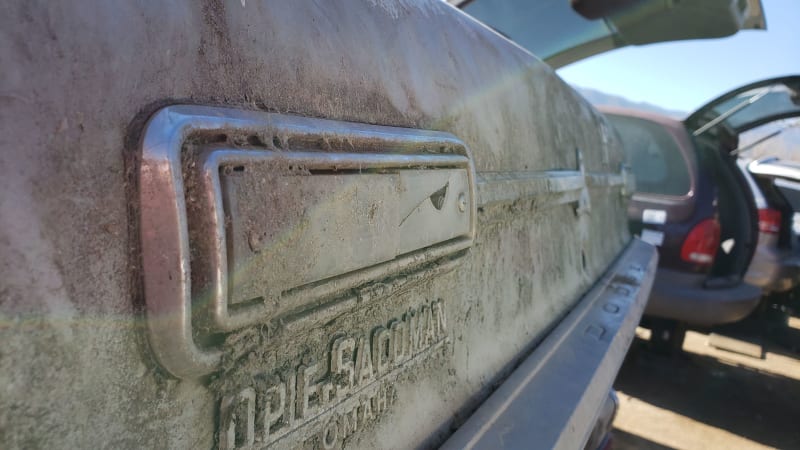 The dealer badge says this car started life in Omaha, Nebraska, an adjacent state to Colorado but still a 600-mile drive to this boneyard in Colorado Springs. 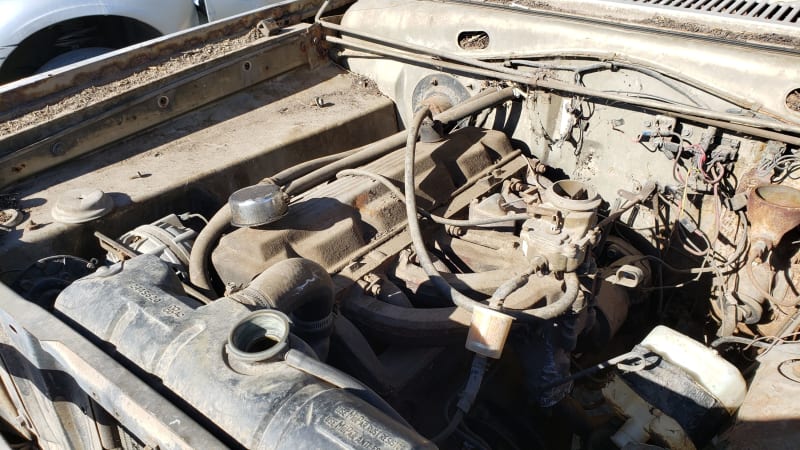 1964 was the first year for a factory-installed V8 engine in the A-Body Dart, but this car has the bulletproof Slant-6 engine. If it’s original, then it’s either the 170-cubic-inch (2.8-liter) version rated at 101 horsepower or the 225-cubic-inch (3.7-liter) version with 145 horses. Keep in mind that these are optimistic gross horsepower values, not the more realistic net horsepower numbers we’ve seen since the early 1970s. 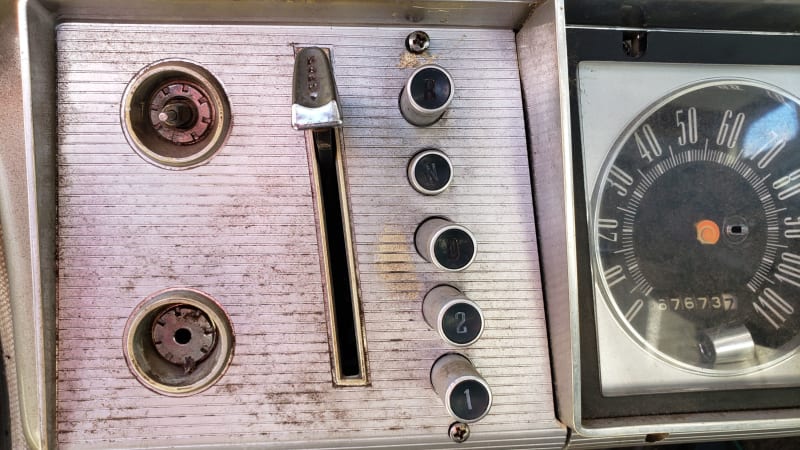 Three transmissions could be had in the ’64 Dart: the base three-on-the-tree column-shift manual, the super-sporty four-on-the-floor manual, or the Space Age pushbutton-actuated three-speed automatic. The four-speed was the choice for speed-crazed hot-rodders, but the pushbutton automatic was seriously cool and that’s what this car has. 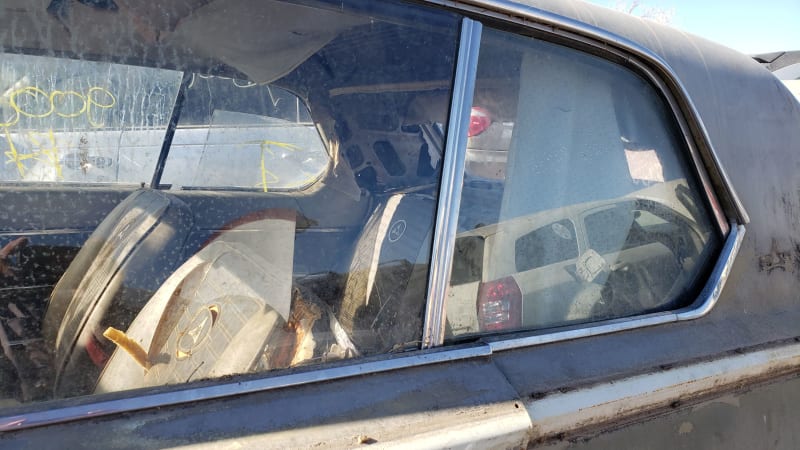 Also very cool is the hardtop roof, with no unsightly pillars between the door glass edges. Sure, this setup always made lots of wind noise and usually leaked like crazy in the rain, but so what? 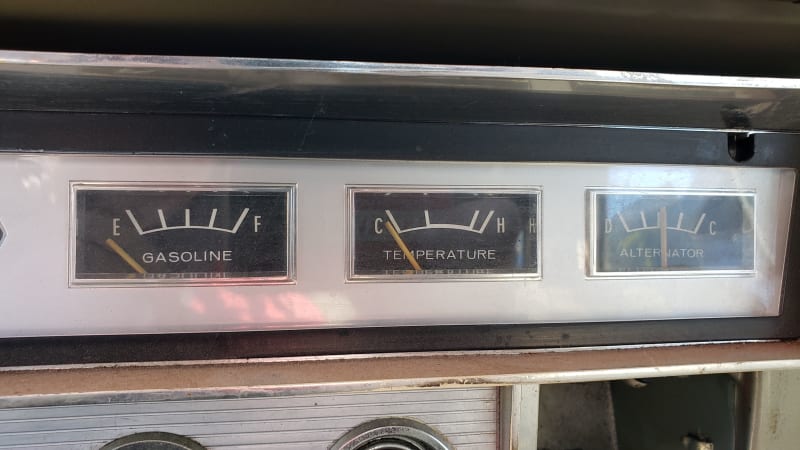 No idiot lights here! All the power used by the car’s electrical system (except for the starter motor) went through that ammeter on the right, and so a failure of this gauge would strand you or maybe set the car on fire. Thankfully, Darts seldom broke down. 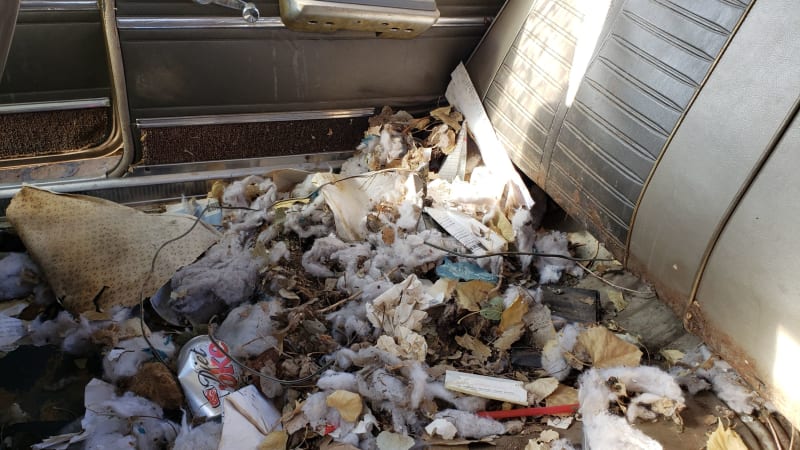 As always happens with cars left outside for long periods in High Plains Colorado, rodents made their nests inside. Hantavirus awaits the careless parts shopper. 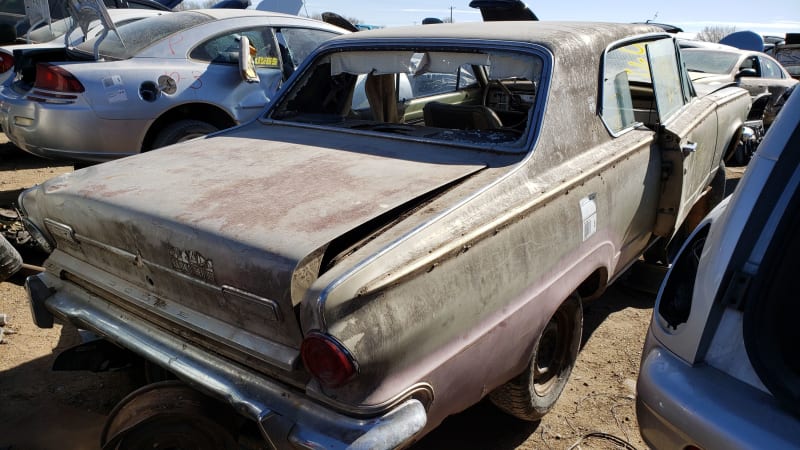 I’m a little surprised that this car didn’t get grabbed and fixed up prior to coming here, because it’s a non-rusty coupe with lots of interesting options. I find plenty of 1960s Darts and Valiants in junkyards, but nearly all of them are sedans or wagons. Colorado is something of an island, hard to get to from the major population centers on the coasts, and so perhaps everyone here who wants an early A-Body already has a half-dozen projects underway. 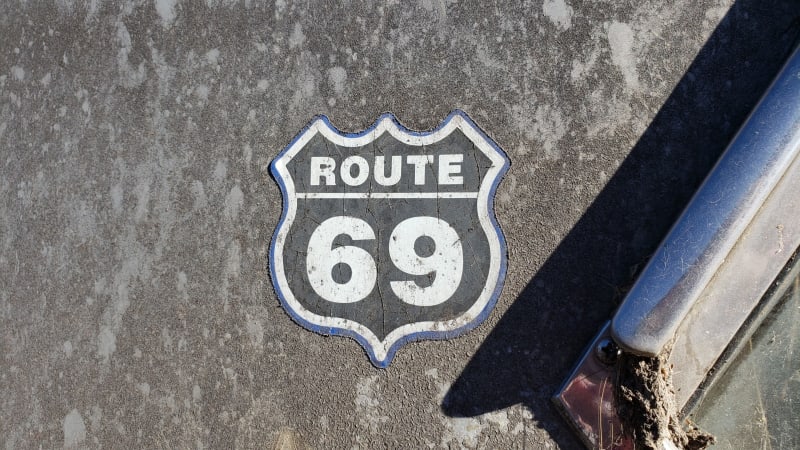 It will be crushed in a few months, but before then it should donate some of its components to local owners of Darts, Valiants, and Barracudas.

The new kind of compact in the large economy size.